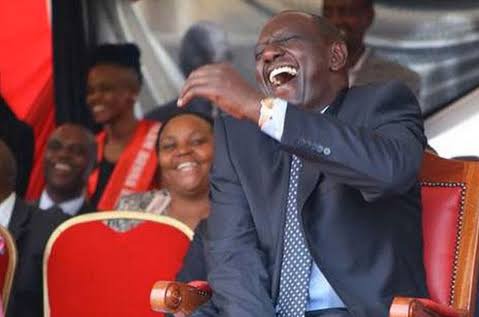 Deputy President William Ruto is among the top contenders of the presidential seat that will soon remain vacant after the retirement of the current president Uhuru Kenyatta.

William Ruto is battling with his main opponent orange democratic movement Party leader Raila Odinga who is also vying for the same seat.

The second-in-command is traversing the country in search of more votes that will propel him to the state house next year. The tactics the deputy president has been using in his campaigns around the country is, dishing out millions of money in the name of youth empowerment program.

As the election day comes closer, political analysts have been saying that, deputy president's influence has reduced because the amount of money he used to give out is not is not the same amount is giving now.

Eric Ragalo who is a top political analyst has today alleged that, DP Ruto is running out of funds because the money he used to dish out six months ago is not the same. He added that, it cost billions to run a presidential campaign which the DP has been using. 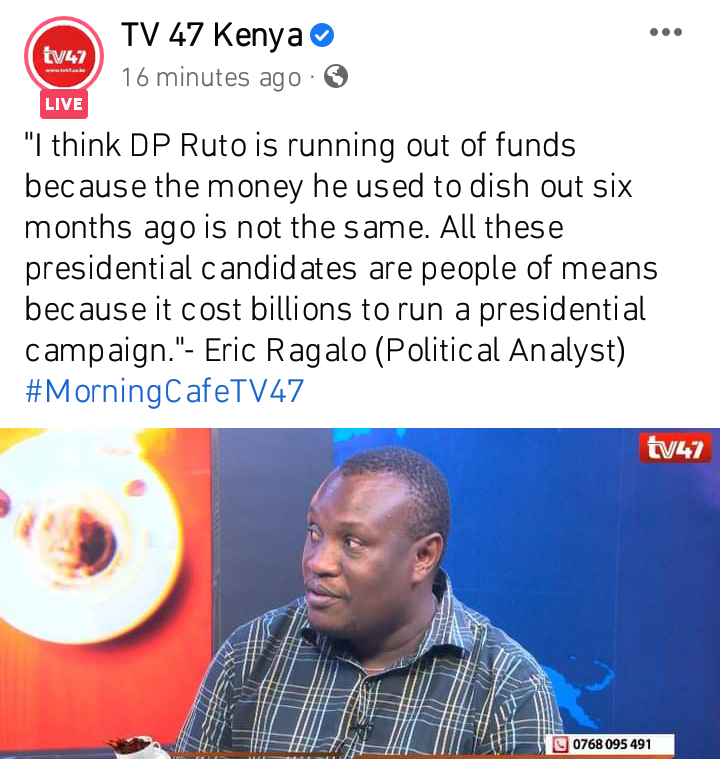 Do you Conquer with political analyst that, deputy president is running out of money?