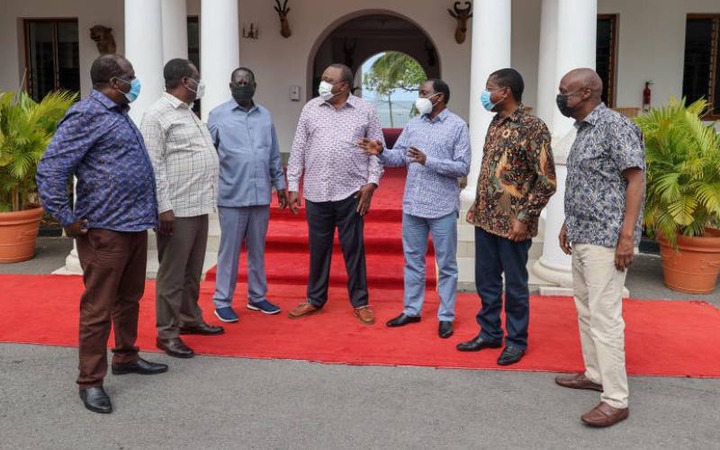 Deputy President William Ruto has today, announced that his UDA team has endorsed a coalition working agreement with ANC of Musalia Mudavadi and Moses Wetangula of Ford Kenya.

The UDA party also said that they will hold joint rallies with Musalia Mudavadi and Moses Wetangula across the country,ahead of the August general elections.

And now it has emerged that Musalia Mudavadi has a working agreement with President Uhuru Kenyatta,to support Raila Odinga in the August presidential elections.

Ayub Savula,who was once the ANC party leader,revealed the agreement.The Lugari MP further revealed that he went with Wamalwa and informed Raila,to talk to Uhuru to have Musalia as his(Raila's) running mate.

Savula said Musalia however, informed him later that he should go slow on his attempts to broker a unity deal with Raila Odinga.

Should the agreement stand,it will be a big blow to DP Ruto as he has already announced he will join hands with Musalia.