"Kwani Hamnanga Usingizi" Kenyans Gang Up On Murkomen After What He Allegedly Posted Late At Night.

Kipchumba Murkomen is renowned lawyer and great supporter of William Ruto since he joined politics after University education. They both reside in UDA party embedded under the Kenya Kwanza.

As the tallying of the presidential results is still done by the IEBC, many national leaders have tried to relieve tension among Kenyans concerning the outcome of elections. Many candidates have already been declared winners and received certificates with others conceding the defeat in hotly contested seats.

Kipchumba Murkomen has freshly late at night raised a claim on why Martha Karua, Raila's running mate blocked him on Twitter. According to the tweet, Murkomen wonders why she would block the most followed politician after the president.

"I just realized Mama Martha Karua blocked me on twitter? Why would she block the most followed politician after the President and the Leader of Opposition? What did I do?" Murkomen tweeted.

However, the tweet has attracted massive reactions from netizens. They wonder if Murkomen doesn't sleep due to the fact that he tweeted late at night. Below are some of the captured netizens reactions. 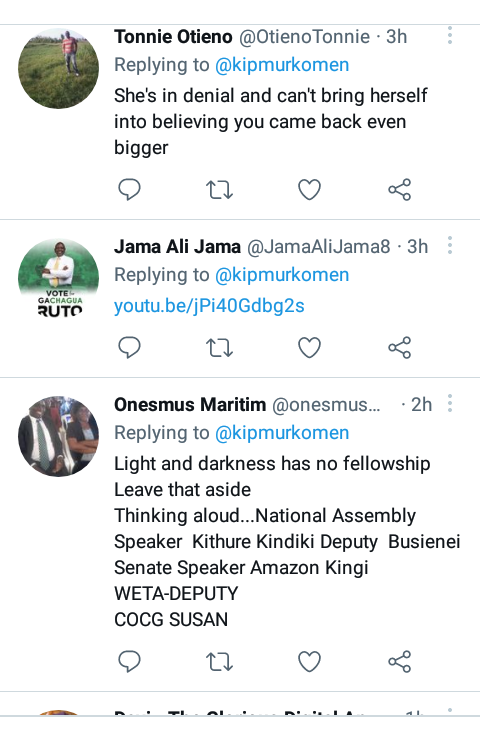 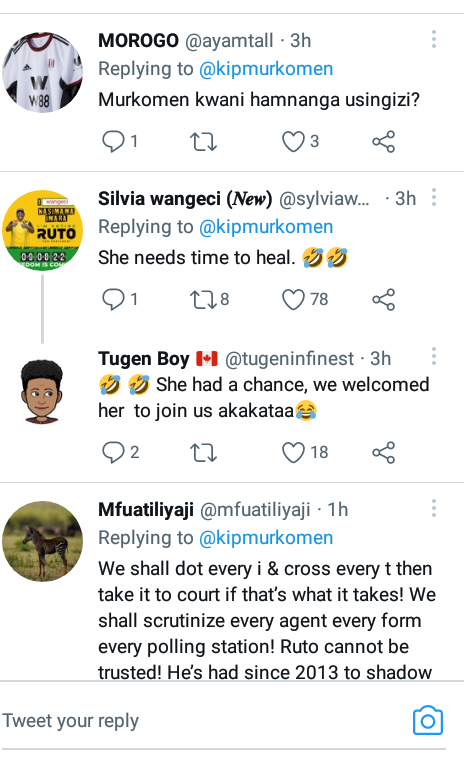 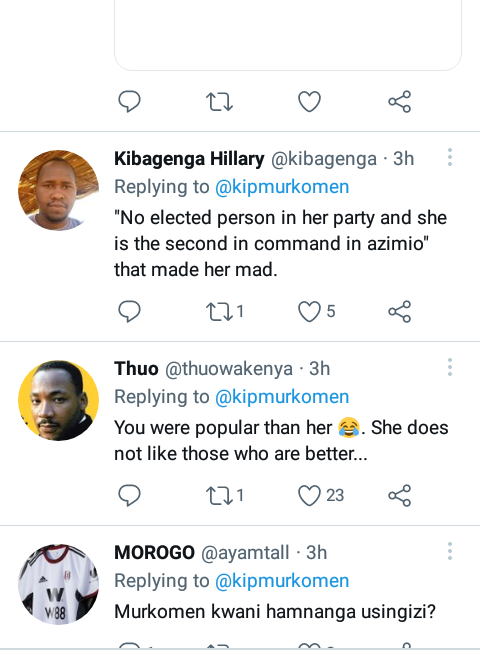