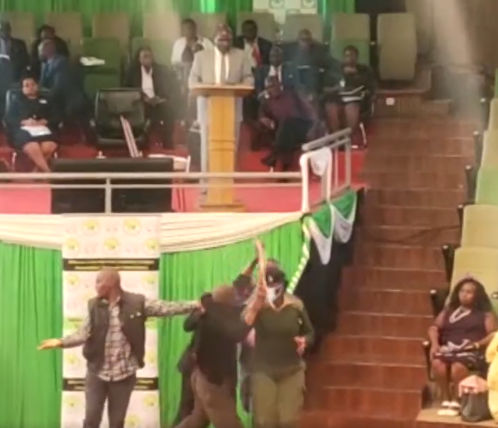 In a video going viral on social media, the man who is carrying a placards is heard shouting that the Kenyan politicians have been lying to Kenyans.

According to him, the politicians have stolen Kenyans future and looted the entire country as he called upon Kenyans to wake-up and fight for their rights as they had turned them slaves in their own country.

The man who was overpowered by security men was driven off the premises as he continued to call upon Kenyans to fight for the truth.

The incident happened during the pre-nomination meeting between the commission and presidential aspirants/authorized representatives at the Bomas of Kenya. 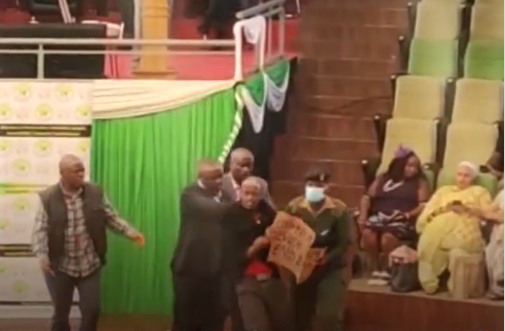 During the meeting, Chebukati announced that eleven presidential candidates had not submitted the names of their running mates and this resulted to them being locked out of the presidential race.

IEBC Chairman Wafula Chebukati said the aspirants failed to meet the deadline as earlier communicated by the agency.

On the other hand, several aspirants have opposed the move by IEBC to put stringent measures for the clearance of presidential hopefuls.