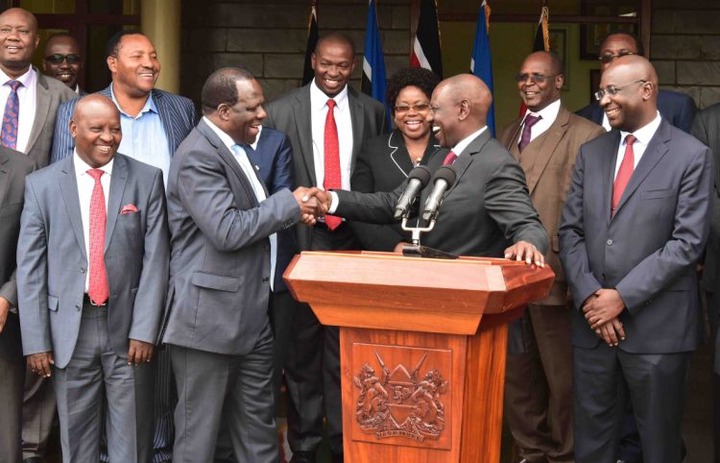 Former Kakamega Governor Wycliffe Oparanya is among key leaders allied to the Azimio La Umoja One Kenya Alliance camp, and who have questioned President William Ruto's move to do away with the Ministry of Devolution.

On Tuesday when Ruto was unveiling the members of his cabinet, what was missing, and has since attracted varied reactions is the Devolution CS, with the duties previously assigned to that CS now being under the Deputy President Rigathi Gachagua.

Speaking on Wednesday with Citizen TV, Oparanya who served as a chair of the council of governors expressed his fears on the president's move, saying the devolved units might be affected. 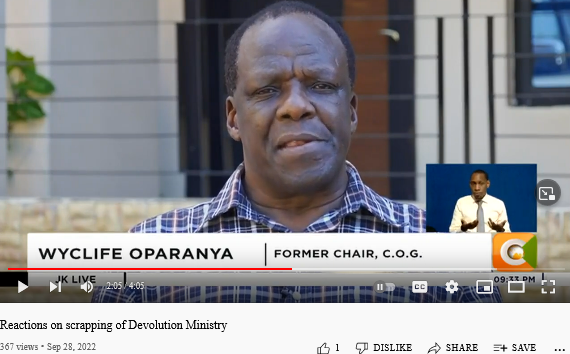 He went on to call upon the president to have State Department in the national government to take care of the devolution issues, saying that the county governments have been able to deliver with the support of the Devolution Ministry.

"That decision is ill-advised. That ministry has been able to coordinate activities between the county governments and the national government. It also coordinated donors to different counties. It is unfortunate that I can see devolution issues will now not be addressed adequately."

"I humbly ask the president to reconsider and have a state function, or department that will specifically at the national level deal with devolution issues," he said.

The president's decision was however lauded by the Former Bomet Governor Isaac Ruto who also served as the Council of Governors chairperson, Former Mandera Senator Billow Kerrow and Political Strategist David Makali, all of whom argued that the ministry was unnecessary.

Fred's opinion against the removal of the four IBC commissioners

'' I Will Appoint Nairobi River Commission By Friday'' Ruto Explains