"As You Make Your Bed, So You Must Lie on It" Ruto Voices

By BadiBuda (self meida writer) | 12 days

The deputy president has today in a function in the Northrift given his opponents a cold shoulder claiming they should style up and act as gentlemen instead of pointing at him and his party. 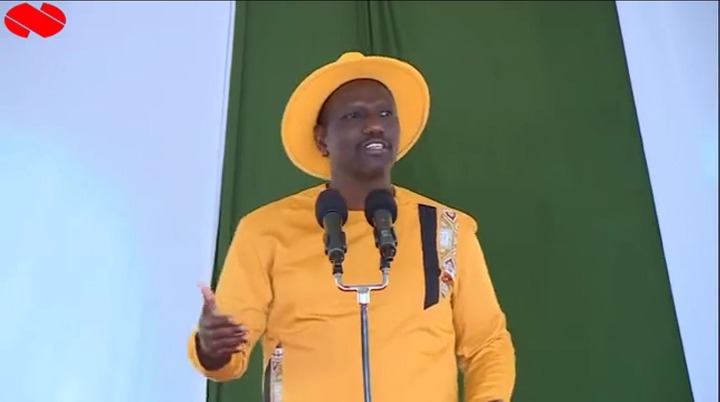 He attacked them saying they are now trying to find faults in him following the fall of the government in delivering to its people for the last 4 years.He went ahead to explain that the reggae squad came in and stagnated his plans with the peesident to put into action the Big Four agenda that was to be beneficial to many.In addition,having created a rift between him and his boss,they went ahead to waste the 4 years trying to bring in a new thing,the BBI that led to the compromise if the Big Four Agenda.He also added that they tried all they could to find a way to change the constitution to create extra posts for their enormous population.

Speaking to the media,he said,"What moral authority do you have to criticize a government that you sabotaged,our plan of the Big Four.You created different priorities of sharing power and positions and things that were never part of our plan.The reason why we did not implement our plan as it was is because you came and sabotaged our plan.Thwn you came and criticized us.Are you not ashamed of yourselves,gentlemen.Surely,where are you going to stand to say what you are saying."

Has it really got to the point of the government reaching out to Ruto after it had closed its doors to him 4 years ago?

Have You Recieved Your Huduma Card? Do The Following To Know It's Status

Why DP Ruto Should Have A Running mate From The Central Region In 2022 Elections.

Breaking: Another African President Survives Military Coup In His Country, No Casualties Reported

Take These Particular Foods Regularly If You Have Asthma