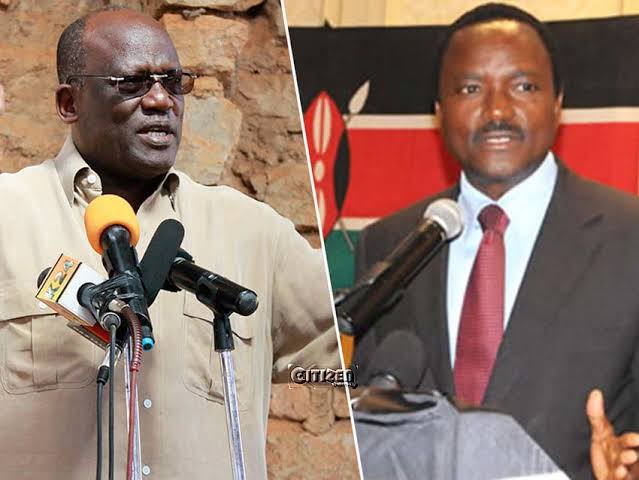 The two met at the funeral on yesterday for the first time since their split about two months ago, when Muthama dumped Musyoka's Wiper Party, in support of DP William Ruto. Muthama urged locals to support Ruto for the 2022 presidency and not Musyoka.

"I would like to tell Kalonzo and his supporters that a presidential campaign(s) is not similar to village politics. These are serious matters and serious individuals hold high-level political rallies in major cities and key regions in the country," he said.

"I doubt Kalonzo has the financial capability to mount and fund such spirited presidential campaigns," he added.

Muthama went on to claim that only a few politicians, among them Ruto, are able to finance presidential campaigns in the country.

On his hand, Kalonzo bitterly hit back claiming Muthama was behind his political woes, especially after he misadvised senators into misleading him to support Raila Odinga over President Uhuru Kenyatta in the 2013 General Elections.

"Muthama, I am not going to let you mislead me for a record third time after failing me on two special occasions. When it comes to matters to do with national politics, I will go alone on the negotiating table this time round. I will not be Ruto's deputy or be led foolishly like a dog on a leash," he said.