By NewInKenya (self media writer) | 2 months ago

Reports have it that president William Ruto has ordered his Troop To support a bill seeking to create a powerful office of the opposition leader that will be occupied by former prime minister Raila Odinga who who lost to Ruto narrowly in the August 2022 general elections.

The head of state gave the order during the Kenya Kwanza parliamentary group meeting held at Windsor Hotel in Nairobi. 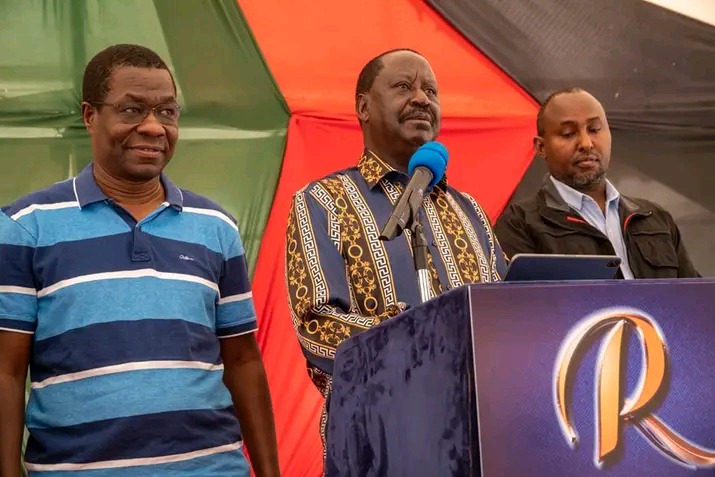 However, the Azimio la Umoja-One Kenya Coalition Party led by the minority leader in the National Assembly Opiyo Wandayi, has distanced itself from the bill saying it has not been initiated by his coalition.

Wandayi said he is completely not aware of the bill even as it was revealed that the bill has already been published and waiting for communication from the National Assembly Speaker Moses Wetangula.

“If at all it is there then it’s not an Azimio initiative,” The Ugunja constituency member of Parliament stated. 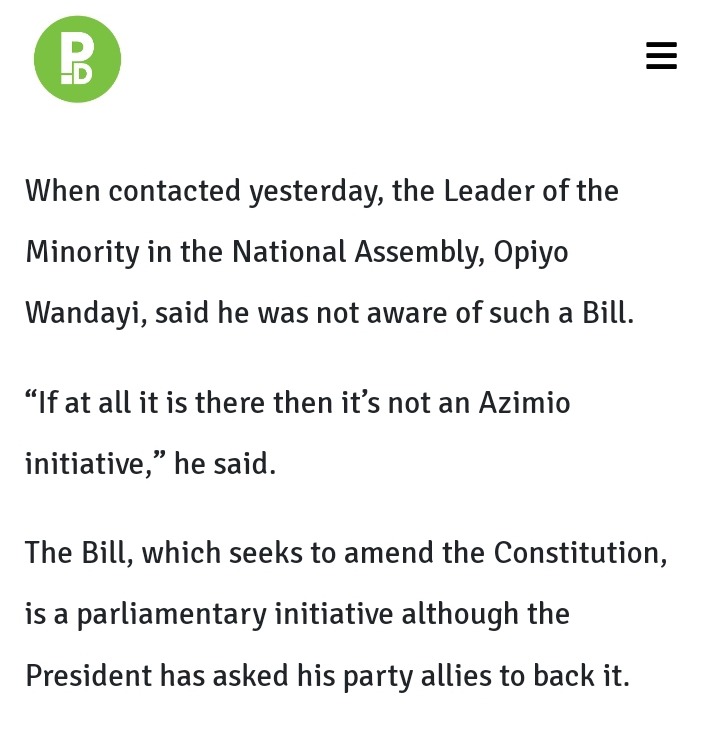 This is despite earlier reports that the bill came from the Azimio La Umoja-One Kenya coalition party members of Parliament.