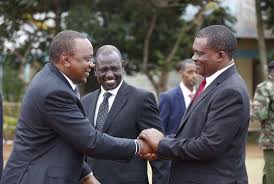 National Assembly speaker JB Muturi has been making headlines in the past few days after he was alleged to have called Uhuru a dictator.

His remarks seems to have landed him in trouble after Jubilee Vice Chairperson David Murathe has today called him out for his remarks on Uhuru.

Murathe while speaking to the Standard has called Muturi a hypocrite for claiming Uhuru was a dictator on the manner in which Ruto's allies were kicked out of their powerful parliamentary positions.

According to Murathe, Muturi was the one in charge when Ruto allies were kicked out of these positions in the National Assembly. 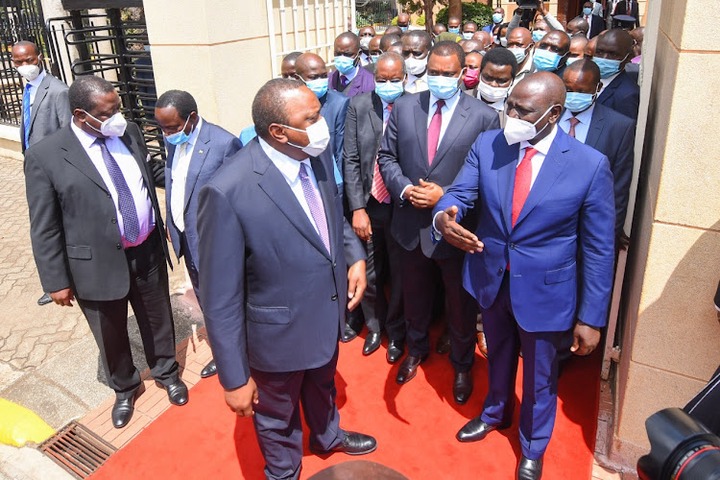 Speaker Muturi has now been forced to change tune on his earlier declaration on Uhuru while responding to Murathe.

Speaking to the Standard, Muturi has defended himself by revealing that his statement was misinterpreted by the media and that he never said Uhuru was a dictator.

"My statement was obviously choreographed to portray that Iam fighting the president", Muturi has said .

Muturi has further alleged that there are people who are working behind the scenes to create a wedge between him and Uhuru.

Muturi has revealed that what he meant was that he was not pleased on the manner by which Ruto allies were kicked out of their positions.

Muturi has maintained that the law was not followed in their removal since they were not given a chance to defend themselves as it is required.

This is coming at a time Muturi has promised to continue with his 2022 Presidential ambitions.

He has however been facing a challenge in his own Mt Kenya Backyard with Meru Governor Kiraitu Murungi having hinted at supporting Raila a few weeks ago.

Muturi had also ruled out the possibility of him being anyone's running mate a few days ago.