Worrying News About The Wife Of The Late John Magufuli Revealed

Tanzanians were last month rocked by the death of their most passionate president's in John Magufuli who was since laid to rest after days of mourning by the country and it's neighbours.

Kenyans.co.ke have established that Following the death of the then Tanzanian president John Pombe Magufuli,his wife Janet is said to have fallen sick immediately her husband died who succumbed to heart complications on March 17.

His son Joseph has confirmed that their mother has been in shock since their father died while he was conveying their family's appreciation message to president Samia Suluhu and her administration and the clergy for the role they played during the time Magufuli had died. 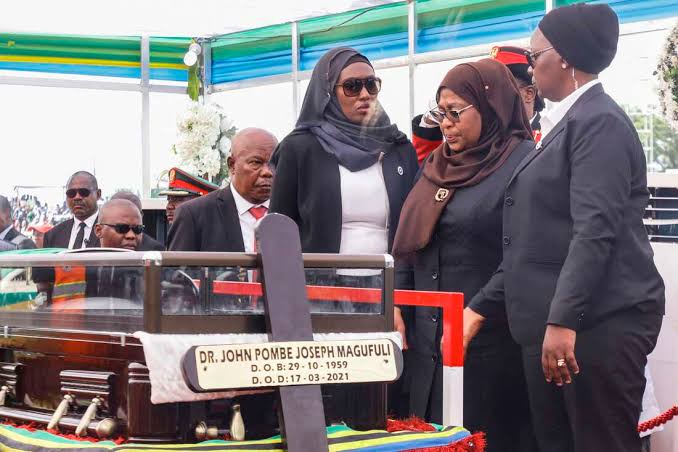 "My mother (Mama Janeth) has health problems; she got a little shocked after dad died, she is going on with treatment, and she has not been able to come, but she loves all Tanzanians very much."joseph said.

Joseph further explained the appreciation from her mother to the Tanzanian for their condolences message and their cooperation during the mourning period until his burial late last month.

The late Tanzanian president was buried in his rural home in Chato in northwestern Tanzania which was according to his wish before he passed on.

We however wish Mama Janeth Magufuli a speedy recovery.

Dr. Hillary Barchok Hosted the Leading KCSE Candidates and the Most Improved in Bomet County