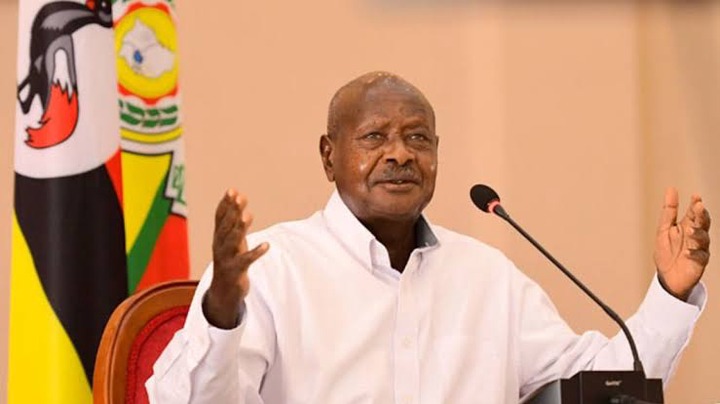 A lot of questions have continued to arise following controversial Tweets which emanated from Muhoozi's official Twitter account. The controversial Tweets threatened the relationship between Uganda and Kenya and almost caused a diplomatic tiff between the two East Africa neighbors.

There is a section of people who feel that maybe Muhoozi's account was hacked as they can't digest how a son of a president, who holds a high rank in the military, could send such senseless tweets.

However, the president of Uganda, Kaguta Museveni, has come out to confirm that indeed the tweets were sent by his son, General Muhoozi. Museveni has cleared the doubts.

In a report published by different media, Museveni has gone ahead to apologize on behalf of his son over the senseless tweets. He has also revealed that he has sent an official apology to president William Ruto.

"I ask our Kenyan brothers and sisters to forgive us for tweets sent by General Muhoozi, former commander of Land Forces. I have conveyed those views confidentially to president William Ruto, the president of Kenya," Wrote Yoweri Museveni. 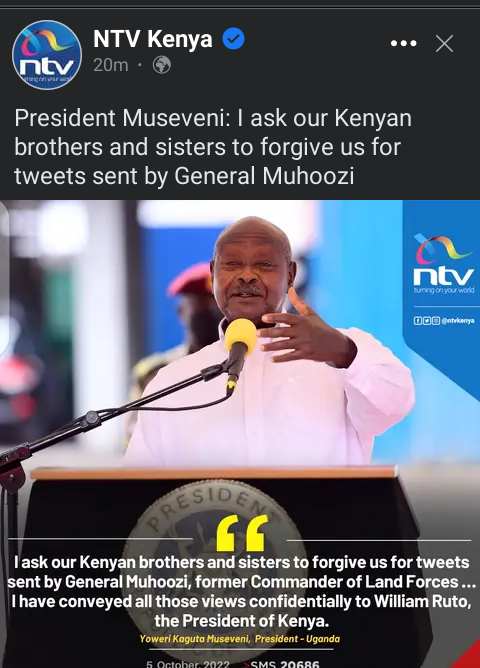 General Muhoozi raised tension with a series of controversial Tweets. One of the tweet suggested that president Uhuru Kenyatta should have vied for a third term arguing that he would have won.

Another tweet said that it would take the Uganda army less than two weeks to capture Nairobi. Afterwards, the subsequent Tweets suggested that Muhoozi was just joking.