Seasoned political analyst Herman Manyora has been forced to clear the air after being asked whether Raila Odinga's Azimio la Umoja is the majority party or Ruto's Kenya Kwanza and if it can only be resolved by the court of law. 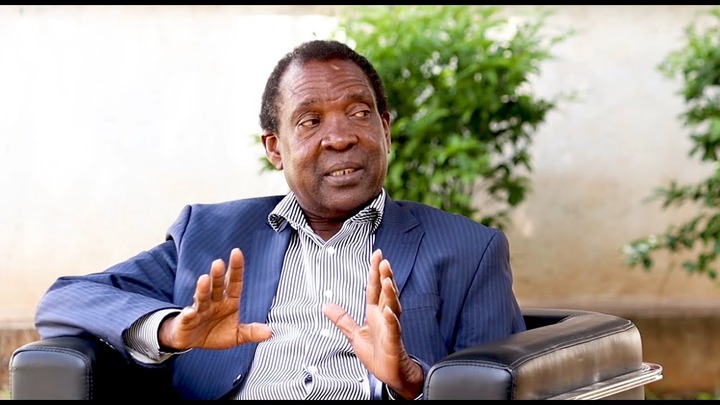 Replying via his official twitter handle, Manyora has opined that Azimio la Umoja one Kenya Coalition is the majority party by alleging that issues being raised are valid but can only be resolved by the court of law.

He further added that any ruling that denies Azimio the majority is an affront to the law.

" Majority Party is Azimio. Issues being are valid but can only be resolved by the court of law. In the meantime, any ruling that denies the obvious fact that Azimio is the majority is affront to the law and to common sense", he wrote. 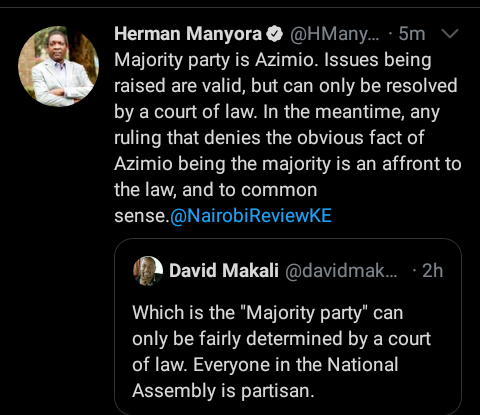 Apparently, if majority lands on Azimio then it will a big win for Raila Odinga's camp but we will have to wait and see what happens next.