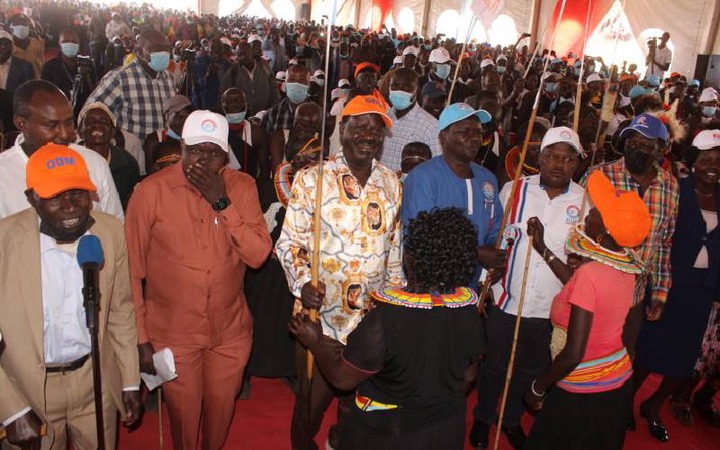 West Pokot Governor John Lonyangapuo who is the Kenya Union Party leader, has dismissed the results released by Mizani Africa that showed that, if elections were held today, he would have been defeated by his opponent from the United Democratic Alliance, UDA Party.

Lonyangapuo who is supporting Raila Odinga's presidential bid under the Azimio La Umoja One Kenya Alliance, came second with 44 per cent against his main competitor from the UDA Party which is supporting Deputy President William Ruto, Simon Kachapin with 47.6 per cent.

The first term governor speaking during a campaign rally in the county on Tuesday, termed the poll results as fake and propaganda.

"They have their own polls called Mizani, they have computerized everything, Kachapin do not have votes here, I do not know where they got those numbers."

"That governor is not here and even if they play around, even Ruto's name who is the UDA leader will not be heard here. They should not come and tell us about those things, let them do it in Nairobi," he said.

He went on to claim that such polls can cause tension ahead of the August polls as most Kenyans might expect the actual August 9 elections to echo the polls yet that is not what is on the ground.

He called upon all political leaders eyeing different positions in the August polls to preach peace and unity during their campaigns. 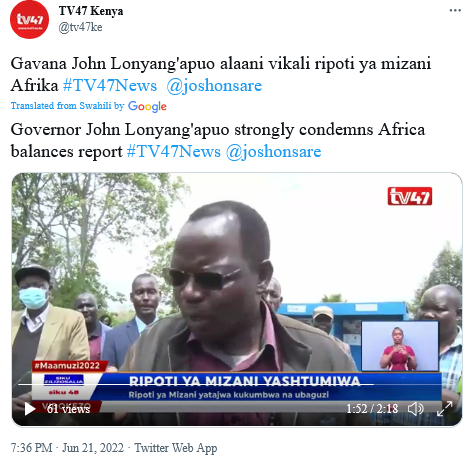