Positions Uhuru's CSs Had Been Assured of in Raila's Govt

By Timednews.com (self media writer) | 1 month ago 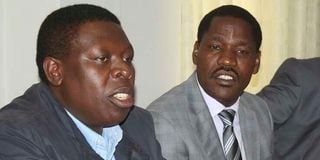 The two cabinet Secretaries moved across the country selling the Azimio La Umoja One Kenya Coalition Party development agenda as well as the urging kenyans to rally their support behind the Azimio presidential candidate Rt Hon Raila Amollo Odinga.

According to a report, the two leaders had been assured of Cabinet Secretary positions in Raila Odinga's Government.

Had the Former Prime Minister Rt Hon Raila Amollo Odinga clinched the presidency in the August 9th general elections, then Eugene Wamalwa and Peter Munya would have been awarded ministerial positions in the Government. 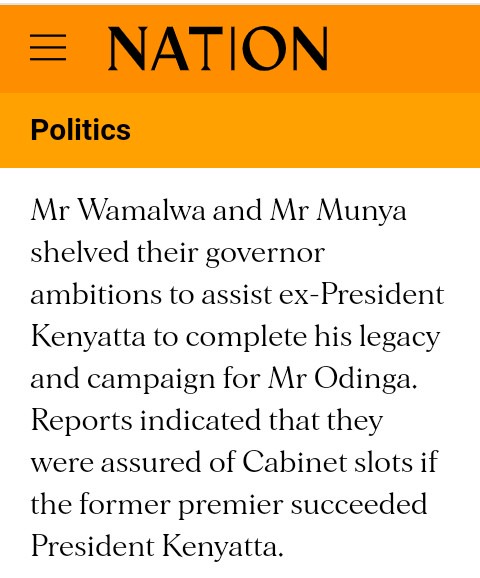 Content created and supplied by: Timednews.com (via Opera News )