Uasin Gishu MP Gladys Boss Shollei was interviewed on Citizen TV together with Boni Kalwale and Senator Kimani Wamatangi where they were mostly giving their views of the President's State of the Nation address that happened yesterday 30th of November. 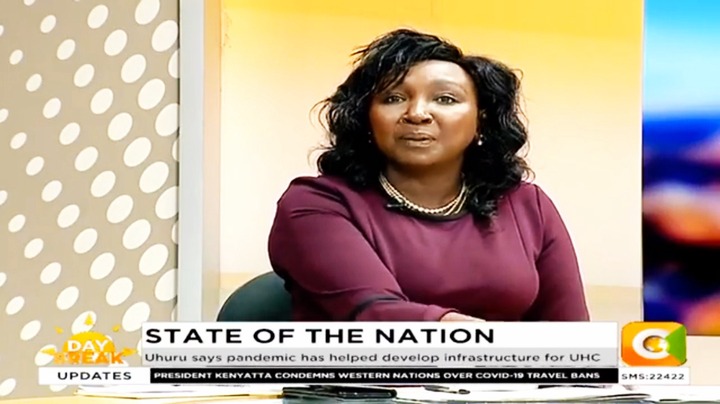 While they were talking the issue of BBI came up and Shollei was asked if she thinks there is anything good in the BBI that could be implemented by the parliament. She responded saying that what was faulted in the BBI was the process and not it's content.

She then went ahead to talk about what the president would have said in his speech claiming that he was to confine himself to the provisions of article 132 of the constitution and report on international obligations and the progress that has been achieved in the realisation of the national values.

She concentrated on the issue of human rights that since Kenya is a signatory to the United Nations convention on human rights, the parliament should not have more than two thirds of one gender but Uhuru has failed to implement that as a president.

Shollei also noted that the president has gone against the law eight times mentioning some of the things he has not done accordingly. 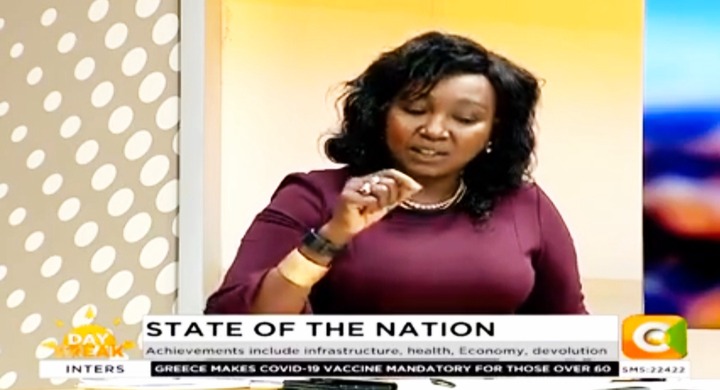 "The president has contravened the law 8 times as pronounced by our courts which include establishing the office of the CAS, starting Huduma Number, failure to dissolve the parliament for not obeying the two thirds law, and failure to agree that the establishment of the Nairobi Metropolitan Services was an illegality as directed by the court," she said.

According to her, these are the things he was supposed to include in his speech of the state of the nation.

Another mistake that she thinks Uhuru and the person who wrote his speech made was claiming that political instability was the biggest problems Kenyans are facing yet bad economy and unemployment are the main challenges in the country. 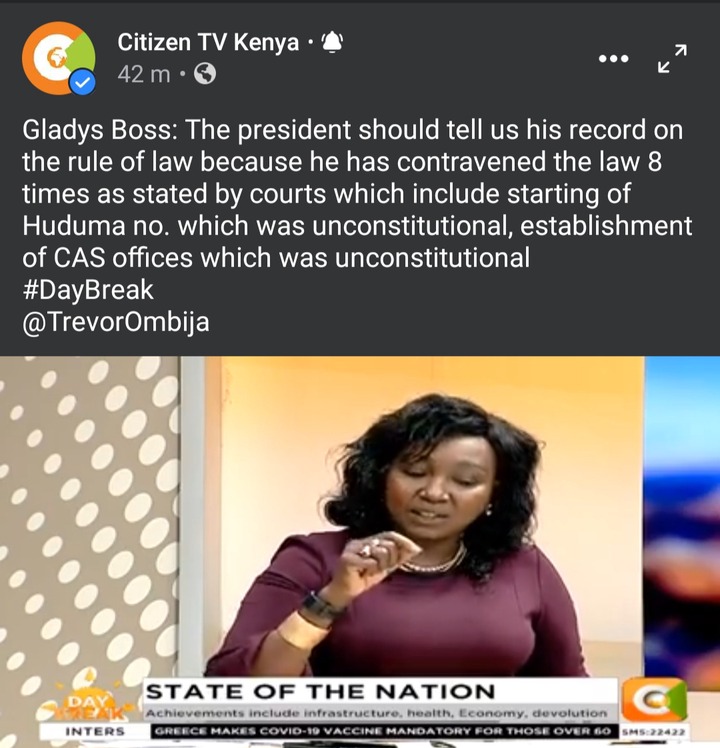