Political Analyst Alleges What President Ruto and Raila Might Do 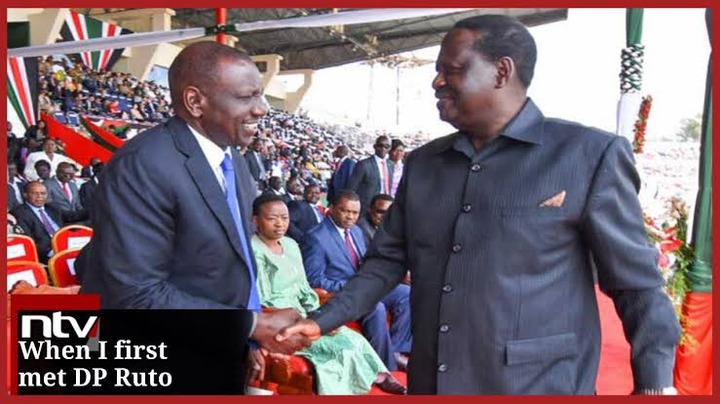 The election of Moses Wetangula as speaker of the National Assembly, according to political analyst and governance specialist Mark Bichachi, is evidence that certain members of the Azimio brigade supported Kenya Kwanza.

This collaborative connection is anticipated to continue, he noted. It is not true, according to Mark Bichachi, that there is no handshake. In his words, "Let's not claim that handshakes are nonexistent. When Ruto was elected president, some Azimio leaders reportedly rushed to shake his hand. Kiraitu Murungi from MBUS, Kivutha Kibwana, and others." 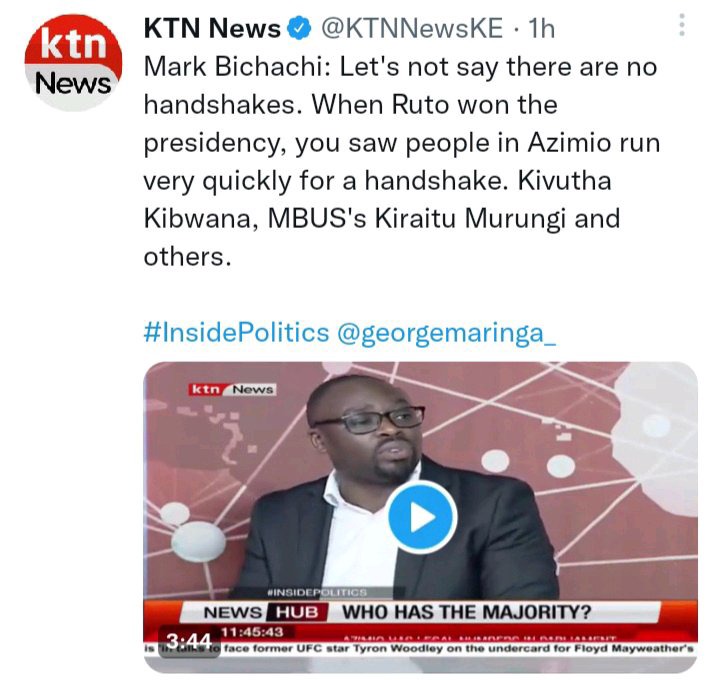 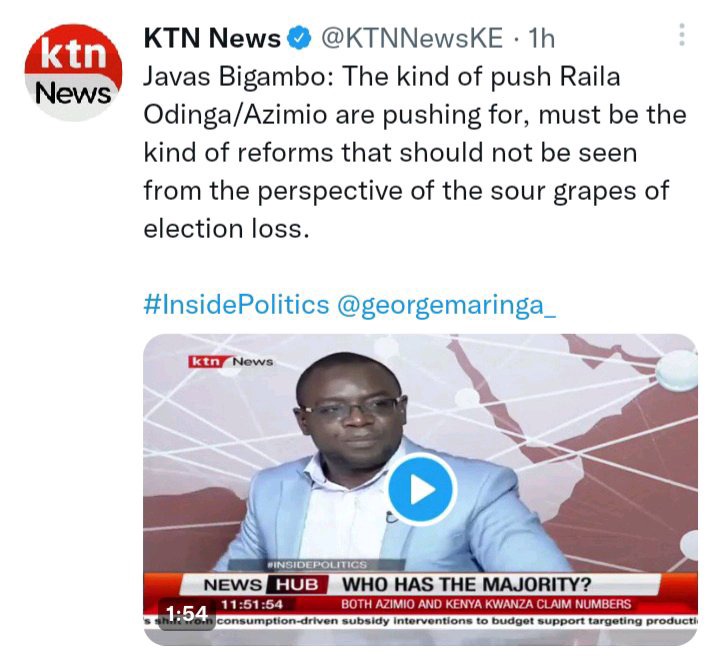 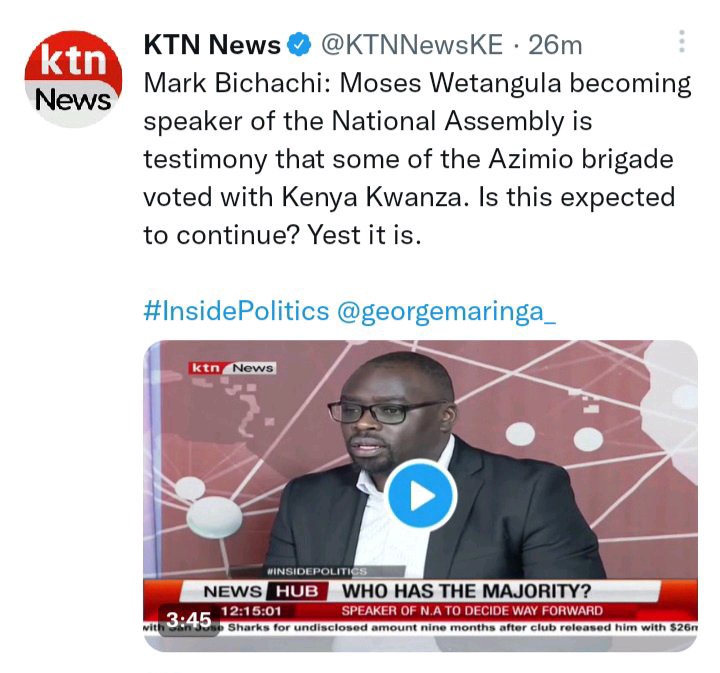 Ken Echesa asserts that Azimio is the dominant coalition party in the National Assembly if Kenyans are going to embrace a legal interpretation that recognizes coalitions of parties. Another analyst agreed, stating that the changes that Raila Odinga or Azimio are pushing for shouldn't be seen through the prism of anger over the election's outcome.

The entire Azimio brotherhood, according to Javas Bigambo, was pulverized by William Ruto's political machine. He claimed that Azimio is gasping for air as a result of being abandoned in the hostile environment of opposition.