Ruto Is Angry at Uhuru, Mutyambai Because Of Tender Wars, Alleges Matiang'i 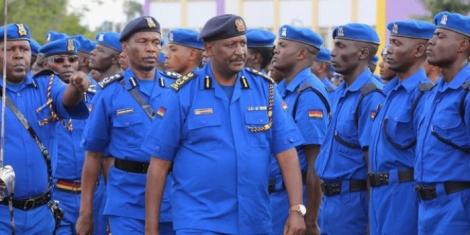 Fred Matiang'i was speaking in Nyamira county onJune 1, where the super CS claimed that the DP was pushing the government to get some police equipment from his associates a move that was rejected by the duo.

Furthermore, he noted that the IG Mutyambai opted to go for local manufacturers who were offering the National Police Service (NPS) who were selling the police equipment at low or cheaper prices. His revelation came at a time when Dp William Ruto protested during a meeting with international election observers where he labelled IG Mutyambai as the most incompetent Inspector Of Police. 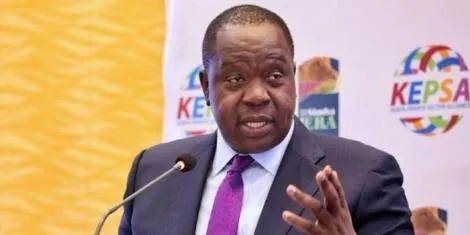 "Let me tell you something, all these attacks being directed to the Inspector General by Deputy President William Ruto, calling him the most incompetent Inspector General in the whole world is because he rejected buying police boots for Ksh13,000 being sold by His close Associates. Instead, Mutyambai went to local manufacturers and got the boots for Ksh2,900," He said. https://www.kenyans.co.ke/news/76435-gachagua-clarifies-controversial-police-uniform-remarks-after-uproar

He also criticised the Kenya Kwanza leader for disclosing the country's dirty linen to international community with an aim of tainting the image of the country.