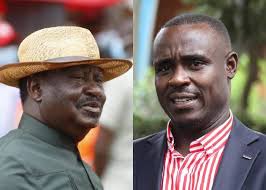 Kakamega county Senator, Hounerable Cleophas Wakhungu Malala has been vocal in defending Amani National Congress party leader Hounerable Musalia Mudavadi. On various occasions, he has rubbed shoulders with those allied to Orange democratic party leader Hounerable Raila Odinga accusing them of failing to honor the deal where Odinga was to support others after failed presidetial race in both 2013 and 2017 general election. Besides spreading Musalia's gospel, the first term senator has been on record attacking Odinga claiming that he won't be president without Luhyas support.

Well, from his new statement. It seems like he has soften his stand on the whole issue. Through his Official Facebook page, Malala has claimed that he will follow his party leader in any step he will make. That includes heading to Azimio La Umoja which is being driven by Raila Odinga. He has also claimed that, he will still follow Musalia if he will decide to join United Democratic party. Well, let's wait and see how things will play out for him soon. 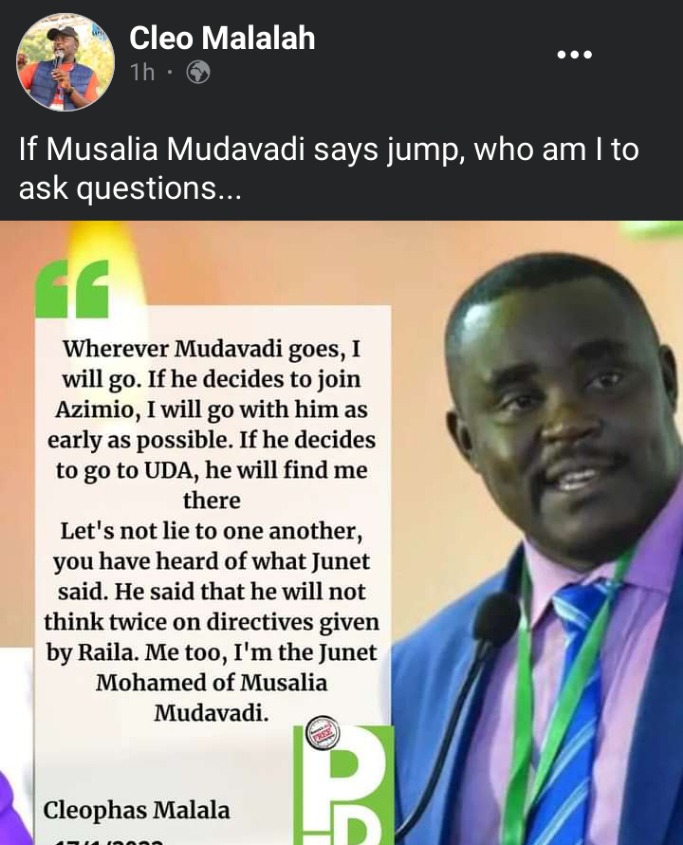 Furious Mutahi Ngunyi Speaks After Kalonzo Quit Azimio, Reveals What Will Happen to Him