Hon. Francis Atwoli is Secretary-General of The Central Organization of Trade Unions. Atwoli was hosted this evening at JKL on Citizen tv, where he was interviewed by Jeff Koinange.

The interview began with Jeff welcoming Atwoli and making fun of his 'alaar' slogan. Atwoli first stated that Kenyans should expect the comeback of the Building Bridges Initiative in its initial form before the next general election is held in Kenya.

Atwoli stated that since those who supported the BBI are not dead, then the BBI is not yet dead in Kenya. Atwoli also told Jeff that if elections were held today in Kenya, then the former prime minister Raila Odinga would carry the day.

The Cotu secretary-general also admitted that deputy president William Ruto can win an election in Kenya and he is capable of winning. However, he started that Ruto will not win the 2022 presidential election but can be president after Raila Odinga. 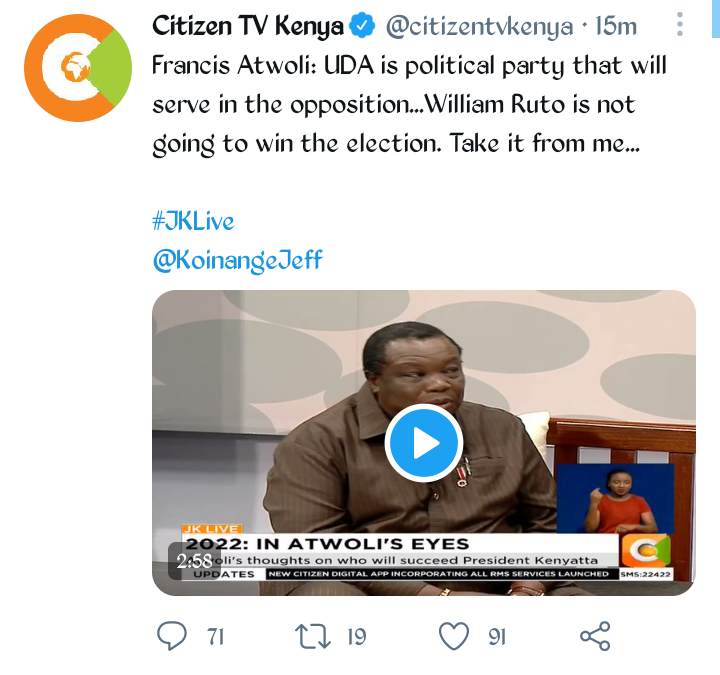