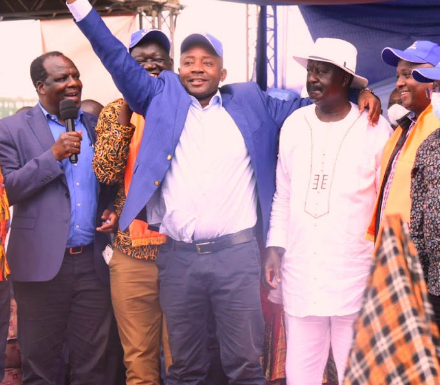 The member of parliament for Lugari Constituency Ayub Savula has maintained that he is in the race to succeed Governor Wycliffe Oparanya in the upcoming general elections.

As quoted by the Star, Savula said that he was not afraid of his competitors after more than eight aspirants express their interest for the seat, calling that some of the candidates have no political experience.

Hitting on the Kakamega Deputy Governor Philip Kutima, Savula said the DG had previously lost in all the attempts he made in getting a parliamentary position.

"Most of the politicians do not have much political experience. They won't give me a hard time at the ballot. Kutima has never won an election as an individual since he started attempting politics. He lost Malava parliamentary election three times," said Savula.

He reinstated that he is supporting Raila Odinga's presidential bid under the Azimio La Umoja.