If We Are Defeated In August Polls We Will Match To Serena; DP Ruto's Man Aden Duale Claims 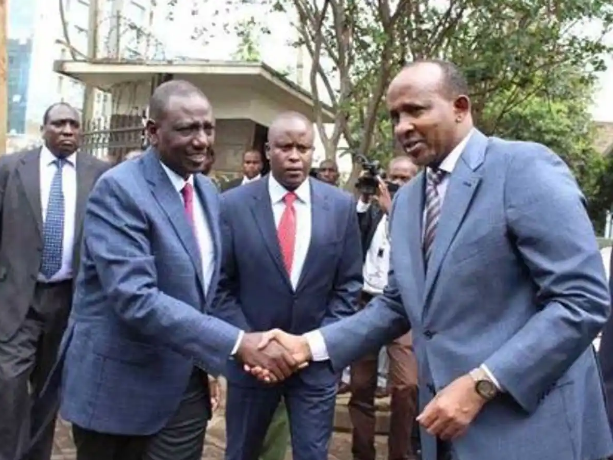 Former National Assembly Majority Leader and member of parliament for Garissa Township Aden Duale has now come out to reveal their plans in the United Democratic Alliance party for the August 9th poll, sharing what they intend to do before the election and afterwards in the event that they lose.

Duale was speaking while appearing on ntv’s Kigoda Chako which is hosted every week by the station’s presenter, Salim Swaleh.

Asked by his host Salim Swaleh what they, as a party, intend to do in case they are defeated, Duale was positive, declaring that defeat wasn’t among the options that they were looking at but nevertheless outlined their plan in case they lose.

Duale told Swaleh that if they are defeated they planned to troop to Serena hotel armed with a concession speech from where they would concede defeat.

This declaration comes hot on the heels of a union between UDA and ANC.

Speaking during ANC’s National Delegates Congress (NDC) at the Bomas of Kenya, DP Ruto said the parties had agreed to formally associate in the interest of the nation.

“The only two candidates that have identified the economy as the place where they will begin to address the challenges facing our nation is ANC and UDA.

I believe the coming together of uchumi bora pesa mfukoni and the bottom-up economic model will have the chance to deal decisively with the challenges that face our nation. The hustlers need uchumi bora, and uchumi bora must start at the bottom, and then kazi becomes kazi,” said Ruto.

Ruto said time was of the essence and that the parties presented a unity of purpose to protect and consolidate democracy, enrich the political space and address the challenges facing the country.

Agano to oppose any petition against Ruto's victory.