By Blessingstv (self meida writer) | 6 days 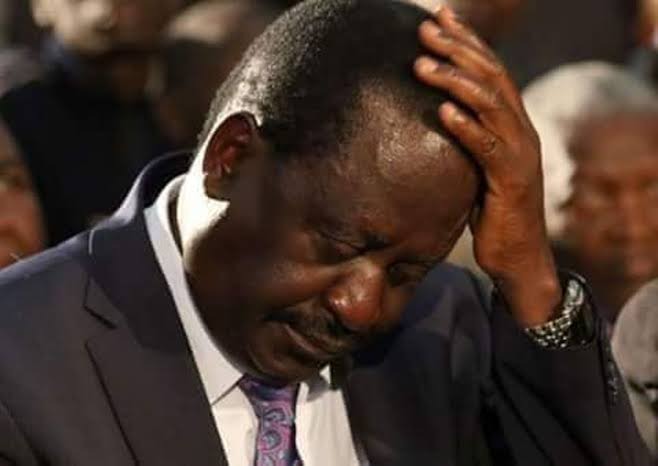 Within just fourteen months left in Uhuru Kenyatta’s second and last term in power, his successor stills remains a big question. It is almost definite and decided that the deputy president William Ruto has been sidelined in operations of the government.

This comes in subsequent to the Raila odinga’s entry into the government in the awake of 9, March 2018. The Kenyans woke to a ‘’life changing’’ news through a rather an expected event.

The news was that the two, uhuru Kenyatta and Raila Odinga who were at the helm of divisive politics and hurling insults at each other were putting their differences aside and uniting through ‘’handshake’’ that jeopardize the role of opposition government.

However the National super Alliance (NASA) that comprises of Raila Odinga, Musalia Mudavadi, Kalonzo Musyoka and Wetangula seems to be splitting into pieces as each is interested in 2022 presidential succession. This means that Raila odinga have a bigger task to tackle ahead of 2022 general elections.

With unaware of endorsement by president Uhuru Kenyatta, Raila Odinga has not concentrated much on his 2022 presidential campaigns but on the Building Bridges Initiative (BBI) which emerged immediately after the handshake.

This may be a threat to his 2022 succession bid since he has diverted much attention to the Building Bridges Initiative while his major combatant is moving all over the country campaigning.

Moreover, deputy president William Samoei Ruto is firmly, heartily and vigorously opposed to the bill, a great joy after the high court mentioned it as null and void.

Therefore, there is a greater task for the opposition leader in ensuring that his ‘’last bullet’’ will not go astray but hit at the target.

Content created and supplied by: Blessingstv (via Opera News )

Governors Threaten To Close Down Counties

It is not only drunk driving. This too can cause an accident.

Zambia: Panic As Former President Hospitalised In A Military Hospital With Undisclosed Illness

RIP: So Heartbreaking as Kenyans Join President Uhuru to Mourn The Death of This Leader