By MwagungaThoya (self meida writer) | 22 days 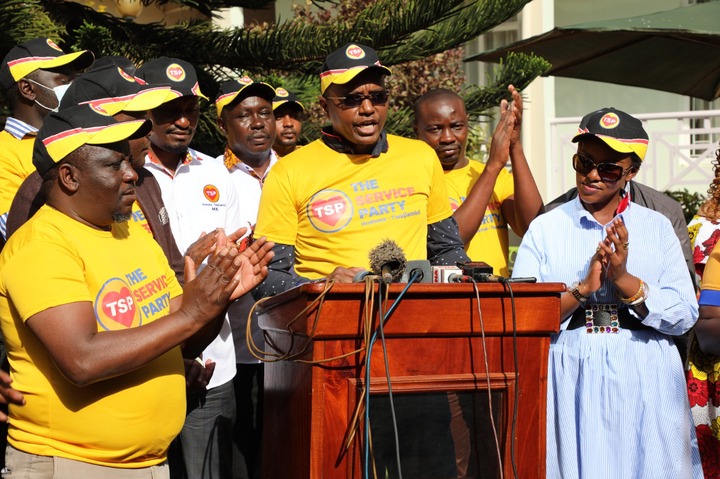 Mr Mugo this year declared interest in vying for the seat but was however yet to reveal the party he was to run on.

On Saturday, Mr Mugo officially made public his resignation from ANC and instead joined TSP.

While cladded in a TSP T-shirt and a cap, Mr Mugo was officially welcomed to the party by the leader, Mwangi Kiunjuri during the closure of a two-day consultative meeting with the party’s aspirants for parliamentary and gubernatorial seats from various parts of the country at the Mountain Breeze Hotel in Embu. 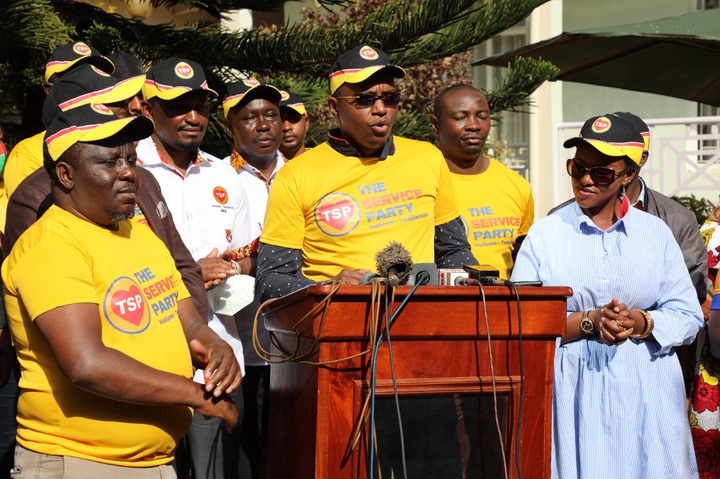 Speaking to Opera News Hub, Mr Mugo said the dawn has finally come for the Lamu people to choose him as their governor if they are to achieve quality leadership.

He said having served in the county as deputy governor for five years has given him the leadership experience that will enable him to swiftly fight for the region’s development, youth unemployment, drugs and other challenges if elected governor in 2022.

“It’s official. I have resigned from ANC and joined the Service Party. We shall form coalitions with like-minded parties. We believe in multiparty democracy and spirit of togetherness as Kenyans. The coalition can be pre-election or post-election. We are open to discussion, with other parties and we are not inclined to any Presidential candidate. Anyone who needs our support must agree to our irreducible minimums verbally in public and in writing,” said Mr Mugo.

Mr Mugo appealed to the Lamu people and Kenyans at large not to vote for leaders based on euphoria and instead look for individuals’ character, leadership ability, service delivery record and issues people care about.

Asked why he thinks he deserves to be elected by the Lamu people, Mr Mugo said he has many goodies for the region.

When elected, Mr Mugo said he will ensure there is equitable sharing of resources. 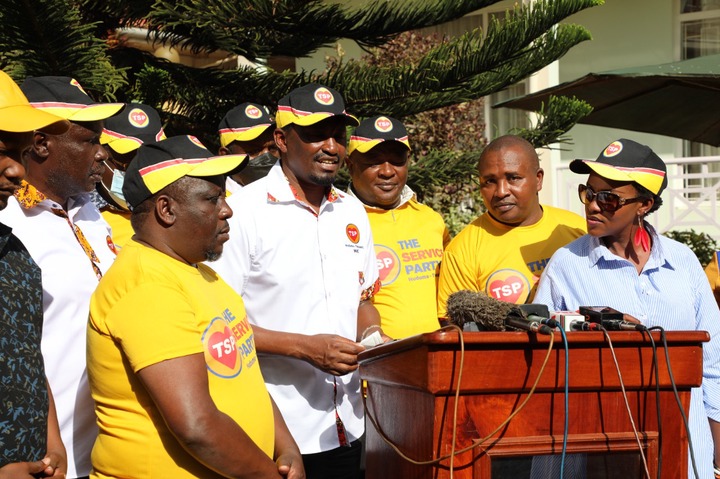 “In fact, we are demanding a formula that will redress existing inequalities without oppressing other Kenyans. Further discrimination of some areas is unacceptable to us as a party,” he said.

He said part of his manifestos is to ensure more resources are channeled to agriculture, including livestock and fisheries which remain the greatest provider of employment for the people of Lamu and the country.

According to Mr Mugo, agriculture can drive the economic changes everyone wants to see in their communities.

“As TSP members, we demand that the budgetary allocation be raised to a minimum of 10 percent of the total public expenditure. This will enable the establishment of Guaranteed Minimum Returns (GMR), mechanization of agriculture to bring on board our skilled youths and other critical priorities,” said Mr Mugo.

He noted that the reasons why he chose the Service Party is because part of its agendas  is to ensure access to affordable credit for Small and medium-sized enterprises (SMEs), terming them as the greatest creators of employment in the country.

“SMEs must be treated with the importance they deserve. TSP is calling for provision of affordable credit especially for start-up businesses,” he said. 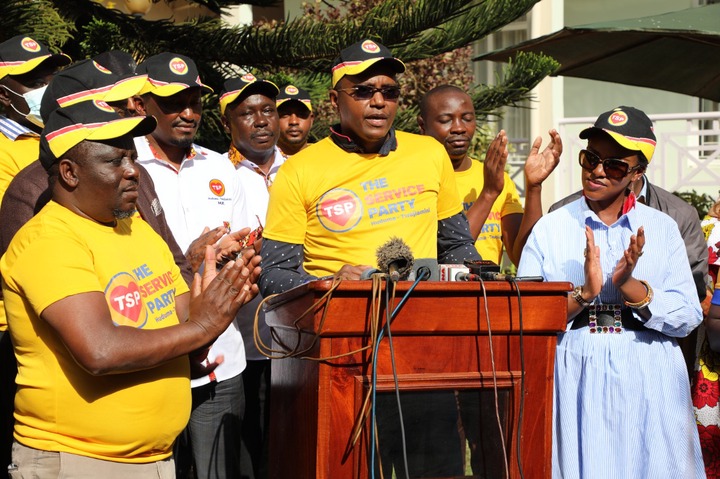 Mr Mugo urged the Lamu people to choose him as he will ensure there is Universal Health Care (UHC).

He said Lamu people and Kenyans have for years faced challenges on matters affordable healthcare.

He said the situation is worsening prevalence of mental health, alcoholism and non-communicable disease which is of concern to the Service Party (TSP).

“That’s why we demand that it no longer receives mere lip-service and must get the adequate budgetary allocation,” said Mr Mugo.

He said the National and County Governments remains the biggest source of public expenditure.

He complained that when they delay payment to its contractors and suppliers, not only do the individual businesses suffer, but circulation of resources is inhibited.

“That’s why I support TSP’s demand that post 2022 government must undertake to make timely payments to its contractors and suppliers within sixty days upon issuance of certificates on invoices,” he said.

He said as Lamu Governor, he will ensure prudent use of public resources.

He expressed displeasure that Kenyans have many times complained of waste in government and unrewarding expenditure.

He said he is contented with the fact that  part of TSP agendas is demanding for a Special Monitoring and Evaluation (M&E) unit to be established to complement existing institutions such as Auditor General, the Judiciary, the ODDP to enhance the fight against corruption.

Mr Mugo asked political leaders in the country to observe peace and unity and the general welfare of citizens as the 2022 elections approach.

“I urge leaders at the Coast and Kenya as a whole to preach peace ahead of the general election. Let’s campaign peacefully to ensure co-existence among all tribes and religions. I also urge Kenyans to seek Covid-19 vaccination, take Identity Cards and to continue registering as voters as the fate of this country lies with them,” said Mr Mugo. He also plans to move to Lamu Island, Pate, Ndau, Kizingitini, Kiunga, Kiwayu and other areas of Lamu East Sub-County in the near future as he familiarizes his candidature with mwananchi.

He insists that he is more than ready to contest for the seat.

“I will be in the Lamu governor's race in 2022. I'm prepared to face my opponents. I have leadership experience. I have nothing to worry about," said Mr Mugo.

Touching on issues affecting Lamu directly, the youthful ex-governor says his intention is to bank more on the youth by ensuring they get employment opportunities and rescue them from the drug menace affecting most of them.

He says unemployment and life frustrations were key reasons behind most youth in Lamu engaging in drugs and alcohol abuse.

Mr Mugo said he was also focused more on empowering farmers in Lamu once he is elected to the top county position. “When I was a deputy governor in Lamu, we initiated a Sh40 million fruit processing plant but the project has not been completed. My target, if elected governor, will be to establish fruit, fish and meat processing industries in Lamu so that our people can get ready markets for their produce and create jobs for the youth,” said Mr Mugo.

Eric Mugo was born at Baharini Village in Mpeketoni, Lamu West on December 29, 1983.

He attended Baharini Primary School within Mpeketoni in 1991 to 1998 where he served as the school head boy.

While at Mpeketoni Secondary, Mr Mugo served as the school captain.

In 2005, Mr Mugo joined Kenyatta University where he pursued a Bachelor of Science in Sports Science and completed in 2009.

He then joined the same institution for a Master’s Degree in Sports Management, majored in Sports Agency Business and completed. 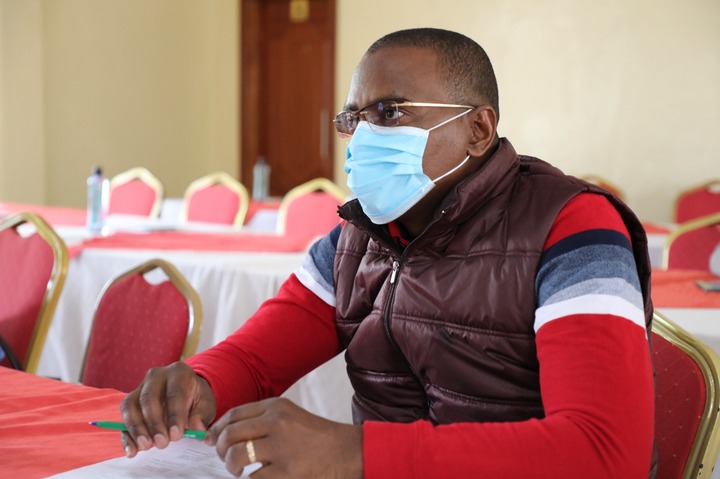 They won the governor race and Mr Mugo served as Deputy Governor between 2013 to 2017.