Handshake Extended As Raila, Uhuru And CS Matiangi Agrees To work Together.

By @ironlady (self media writer) | 1 month ago 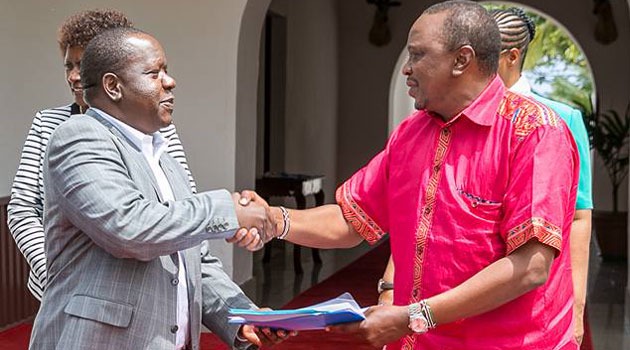 For the first time, Mr Odinga publicly announced that he and Dr Matiang'i had buried the hatchet. He promised to work with the CS.

The two clashed before and after the 2017 General Election over the manner in which Dr Matiang’i handled the opposition leaders and their supporters.

The same was replicated during the recent Bonchari by-election in which ODM's candidate won.

Mr Odinga also brought together Dr Matiang’i and Kisii Governor James Ongwae, noting that he will work with the two.

"We are going to walk together with Fred,” Mr Odinga said.

Another son of Gusii we have walked with is Mr Ongwae, I will walk with both of them," said Mr Odinga.

The former Prime Minister described Dr Matiang’i, whom he referred to as his younger brother, as an intelligent and hardworking person.

"He is a very hardworking minister and one who believes in Kenya and Nyanza as well. He knows his work well and is brave,” said Mr Odinga.