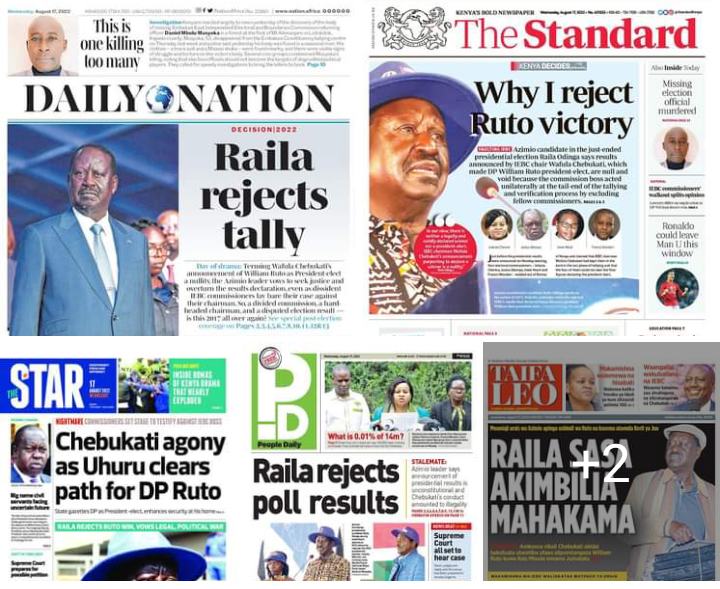 Azimio la Umoja presidential candidate Raila Odinga is mulling on yet again going to the Supreme Court to seeks nullification of the August 9th polls. Odinga while making his first address after the election outcome claimed that IEBC chairman Wafula Chebukati’s annoucement and declaration of William Ruto as president-elect. 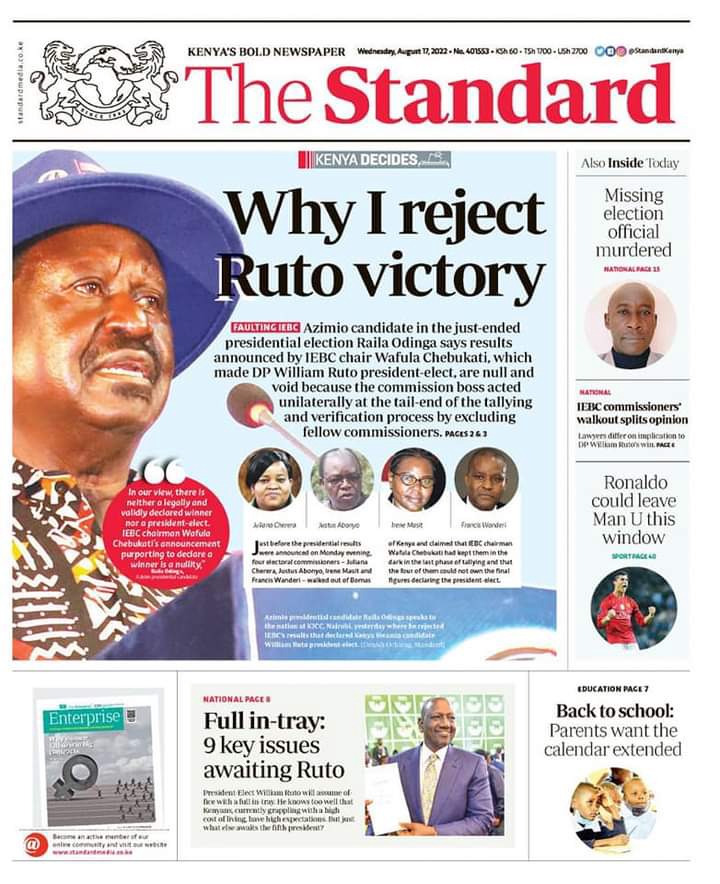 The four Independent Electoral and Boundaries Commission (IEBC) who disowned and distanced themselves from the presidential results which were declared on Monday have disclosed their reasons. IEBC Vice Chair Juliana Cherera, Commissioners Francis Wanderi, Irene Masit and Justus Nyang’aya listed three reasons for disowning the results which saw William Ruto. 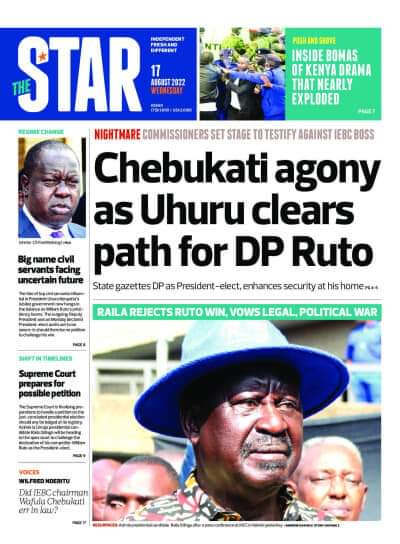 The National Council of Non-Government Organizations (NGOs) has urged President-elect William Ruto to reach out to his predecessor Uhuru Kenyatta and his main rival in the just concluded election Raila Odinga. Speaking during a press conference on Tuesday, the council’s chairman Stephen Cheboi emphasized the need for the three leaders. 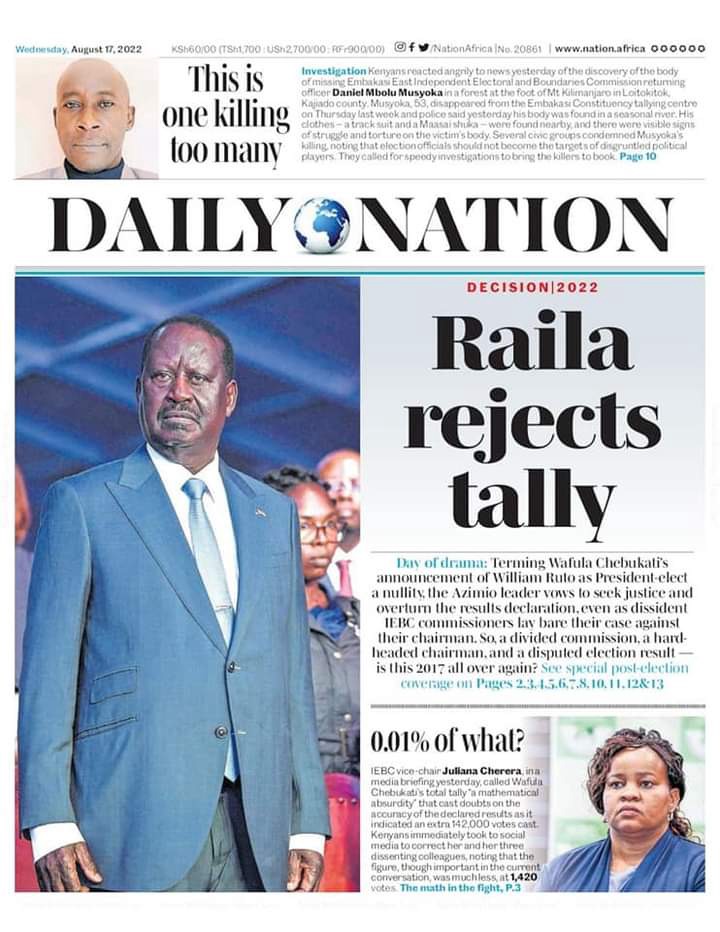 The commission dispatched the statement after a missing IEBC Returning Officer Daniel Musyoka who disappeared from the Embakasi East Constituency Tallying Center was found murdered. 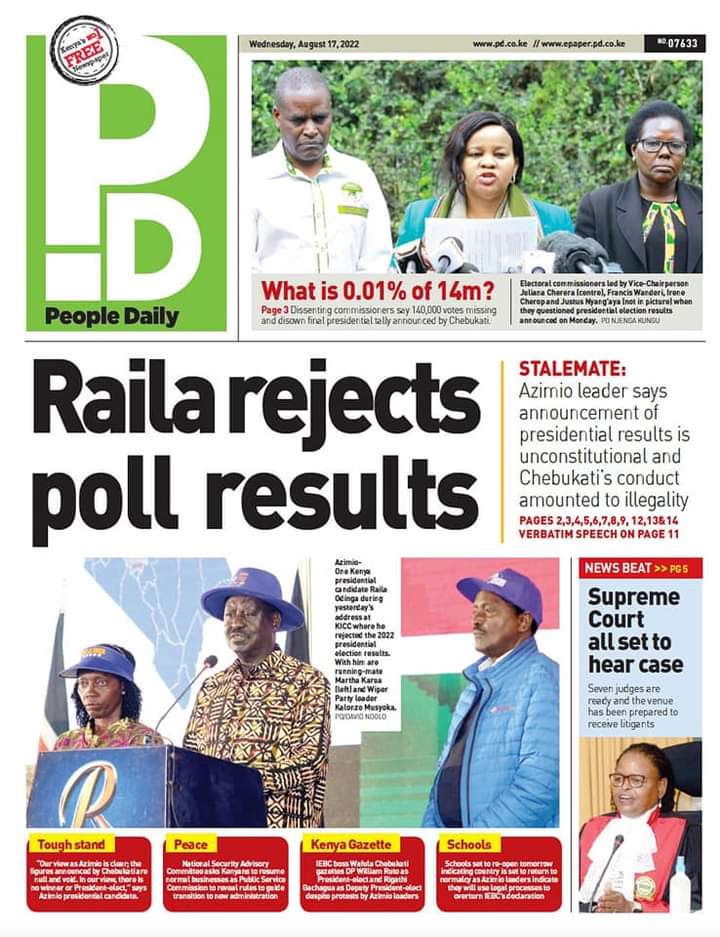 A night guard was found killed in Railways Nyalenda estate in Kisumu Wednesday morning. According to Godfrey Olongo, a tenant, the body of the watchman was found placed under a parked lorry at the parking lot. Olongo stated that the guard appeared to have been hit by a blunt object. 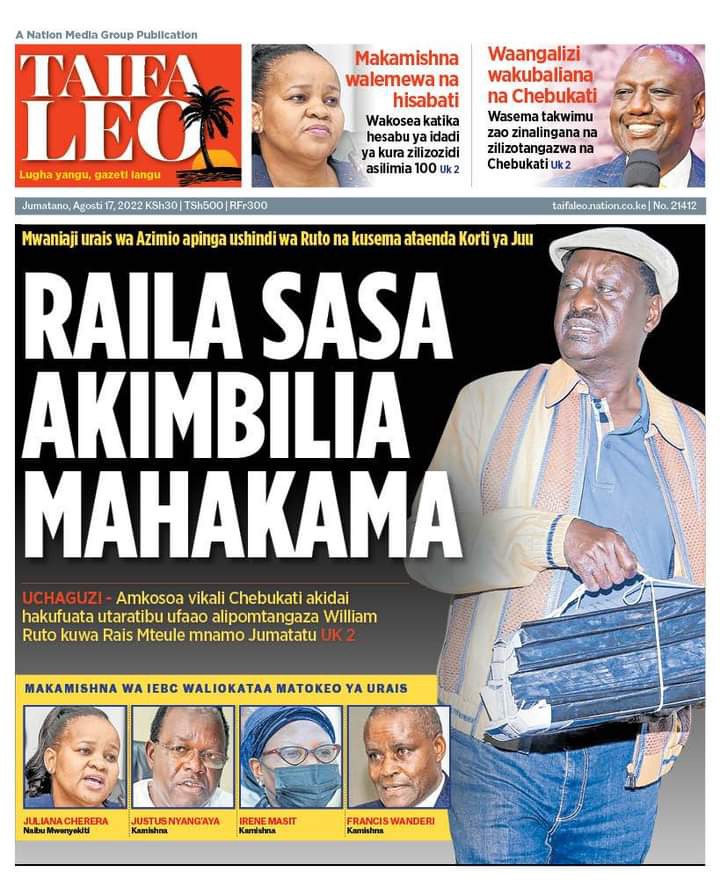