DP Ruto Told Waiguru Could Be A Spy, Told Who Could Have Sent Her To UDA Party 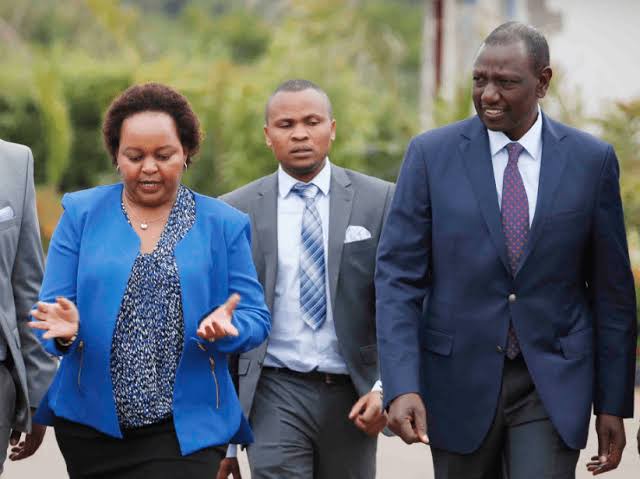 According to political analyst Herman Manyora, it's very possible that Kirinyaga governor Anne Waiguru isn't in the United Democratic Alliance (UDA) because she loves the party.

Waiguru recently announced her membership in the group, claiming that she is bowing to pressure from her constituents and that her county is now dancing to the tune of Deputy President William Ruto.

Manyora, on the other hand, believes that this is just one of the strategies being implemented to defeat Ruto next year, suggesting that the governor was sent there by the Deep State to spy on the DP.

If this is not the case, and the governor joined UDA sincerely, he claims she is doing so out of inexperience, as she did not take the time to study the political arena before making the move, and she may come to regret it. 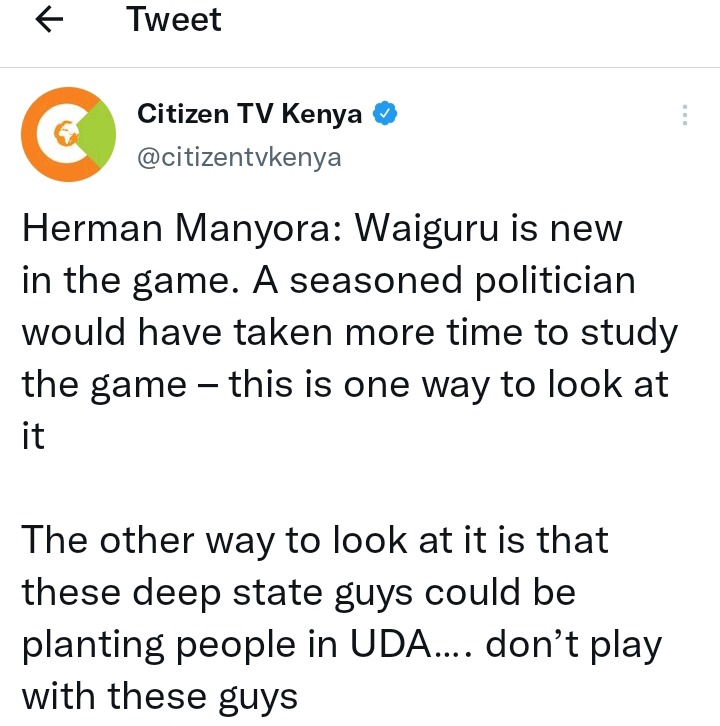 Waiguru, on the other hand, has maintained that she is simply doing what is right after realizing she will be unable to defend her seat on the Jubilee Party ticket.

Her family has since moved to UDA, forcing her to follow suit, with her decision to cross over coming weeks after she announced that she is studying the ground.

Manyora's comments come amid reports that the Deep State is doing everything it can to prevent Ruto from succeeding President Uhuru Kenyatta next year, after settling on ODM leader Raila Odinga as the best man for the job.