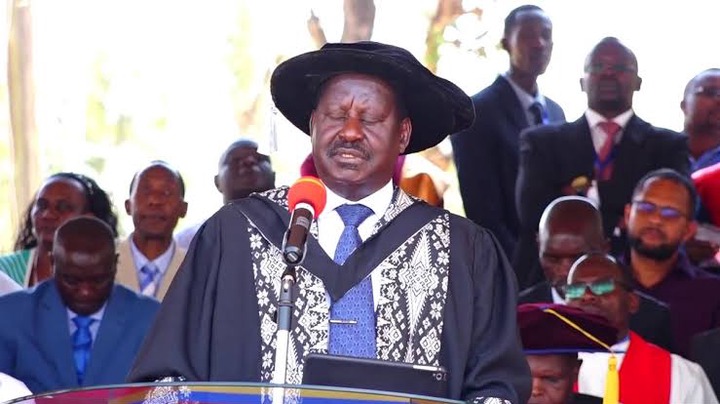 Nominated Member of Parliament Honourable David Sankok has questioned whether the former Prime Minister Raila Amollo Odinga had the required academic qualifications to vie for presidency.

Sankok, who spoke in Nakuru said Raila Odinga was in danger of being barred from running out of the 2022 General Elections if the degree requirements were met.

The MP claimed that Raila does not have any known classmates."Raila faces the risk of being excluded from the election if the degree requirement law is implemented because he does not have students studying with him in primary school, high school or even university," Sankok said.

Sankok also said there were rumors that Raila had studied with former Nigerian president Olusegun Obasanjo. 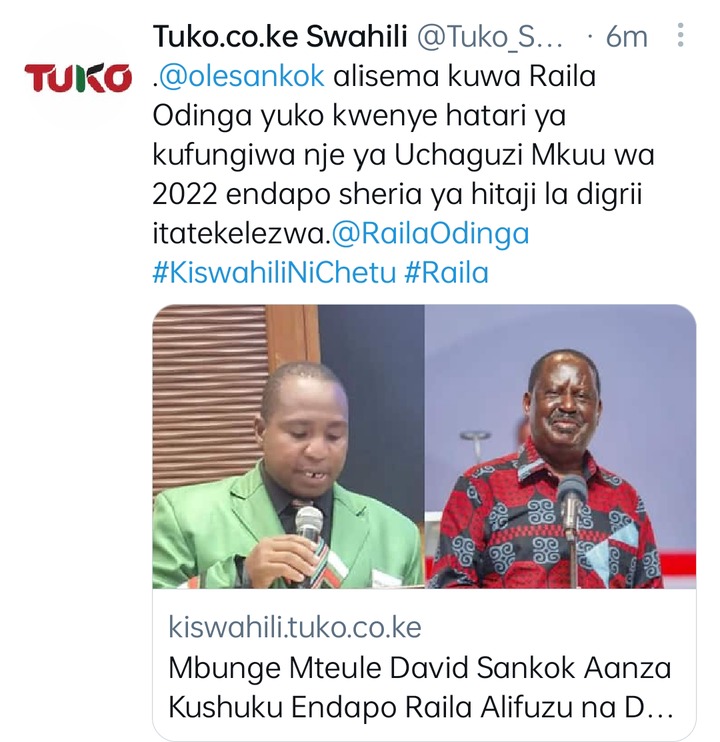 '' We suspect that Raila may have studied with Obasanjo in Europe. But getting Obasanjo to prove it again will be difficult, "Sankok told reporters.

He claimed that as members of the Tangatanga faction affiliated with Deputy President William Ruto, they hoped to battle Raila in the 2022 General Elections.

Sankok, however, said they did not know what course Raila studied in college.

'' We don't know what course Raila studied. I heard some people had studied metal welding courses, but he doesn't say he was an engineer. We do not want our mean rival to be shut out, '' Sankok claimed.

IEBC chairman Wafula Chebukati had reminded candidates running for any political office that the Electoral Act section 22 states that candidates must have a degree from a designated university to run for office in the 2022 elections.

Chebukati explained that his commission is drafting a Memorandum of Understanding with the National Qualifications Authority for the Classification of Higher Education Institutions (KNQA) and the Higher Education Commission (CUE) to review the degrees that candidates will submit.