Uhuru Has 15 Months To Go, Here's His 16 Major Achievements In His Second Term [Photos]

By AustineBarasa (self meida writer) | 10 days 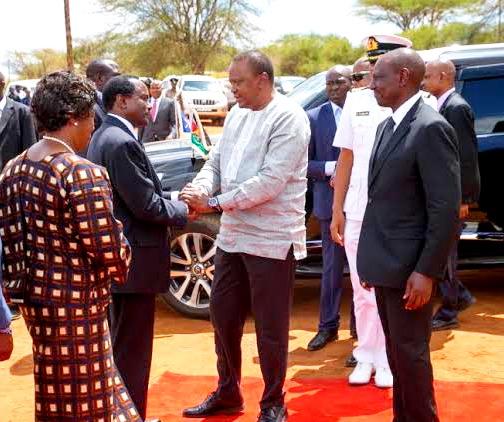 With around fifteen months remaining for President Uhuru Kenyatta to finish his second and final term as the Commander in Chief of the Defence Forces of the Republic of Kenya, his office has been promoting "Uhuru na kazi" hashtag lately to highlight the major projects that he's been able to commission or achieve so far.

These projects fall under the four sectors mentioned in the Big Four Agenda, that's in the manufacturing, housing, healthcare and food security.

In the aftermath of this promotion of his works, we compiled a list of some sixteen major achievements that he's registered in his second term that will shape his legacy when added to those completed in his first term. The projects are;

1. Establishment of the One Stop Border Posts. 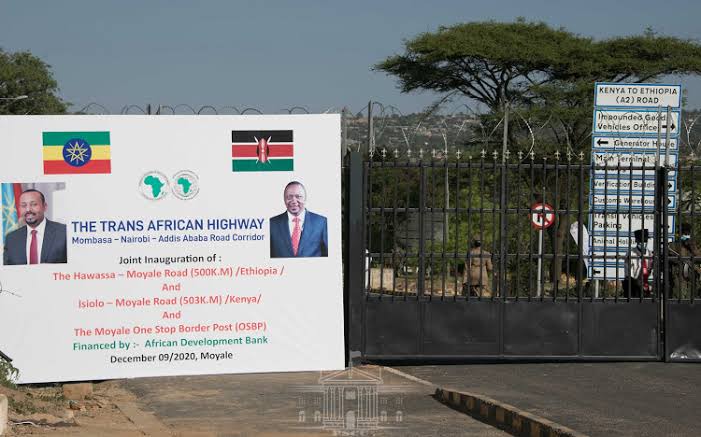 In his second term, President Uhuru Kenyatta saw the establishment of OSBPs at the borders of Malaba, Busia, Namanga, Taveta and Moyale. These OSBPs are critical in promoting cross-border trade, interactions and strengthening of the East African Community.

2. Construction of the Likoni floating bridge in Mombasa. 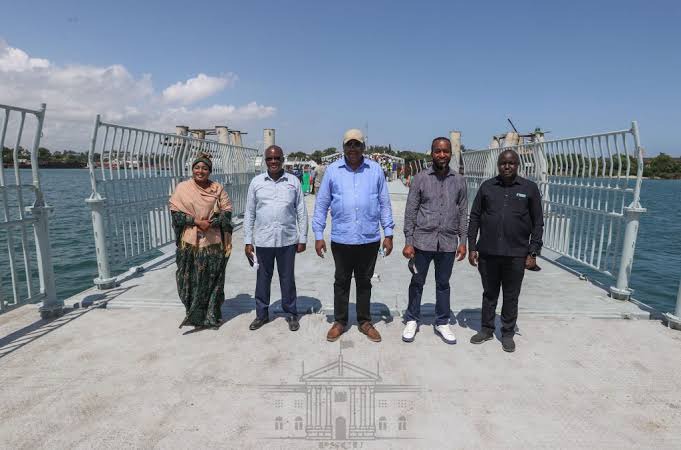 To save Mombasa residents the hassles that come with using the ferry while crossing the Likoni channel, President Uhuru Kenyatta saw the Likoni Floating Bridge constructed in his second term and it's now in operation.

3. Refurbishing of the Kisumu port. 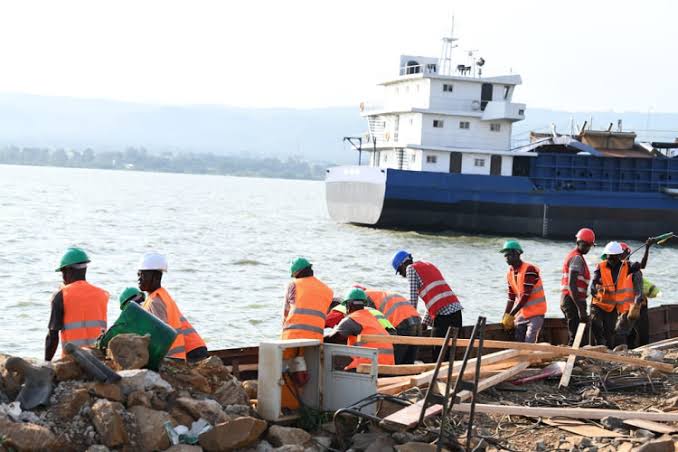 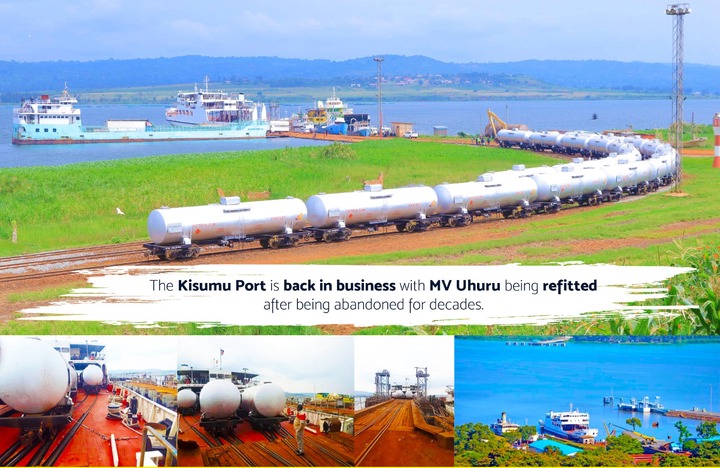 In his second term, President Uhuru Kenyatta has seen the Kisumu port undergo a major refurbishment which also saw MV Uhuru Wagon Ferry that had ceased operations thirteen years ago roar back to life after being revived. 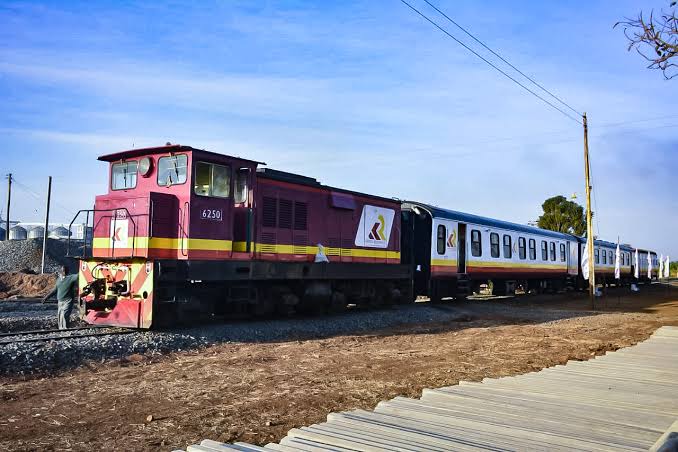 The second term of President Uhuru Kenyatta has seen Kenya Railways corporation revive the Nairobi-Nanyuki meter gauge railway in the bid to ease congestion on the road in a move that'll be earning the state corporation more than Ksh 370 million per year. 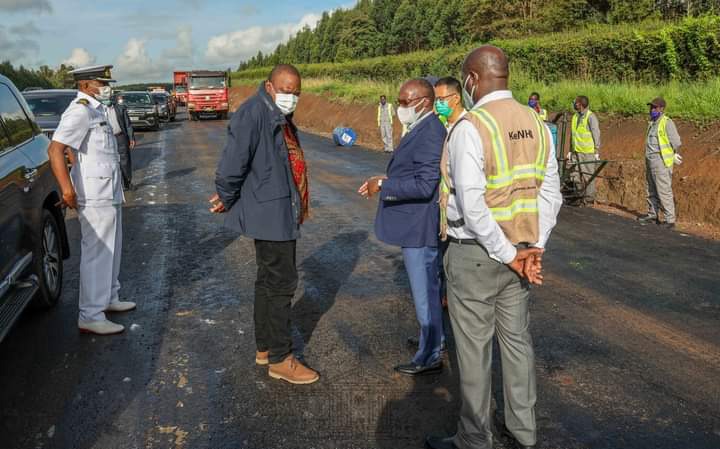 As a continuation of where President Mwai Kibaki left with the 50 kilometer Thika Superhighway, President Uhuru Kenyatta's second term has seen him launch the 84 kilometer Kenol-Nyeri-Marua dual carriageway whose construction is underway and which will open up more towns and trading centers in the Mt Kenya region.

6. Construction of affordable houses in Nairobi. 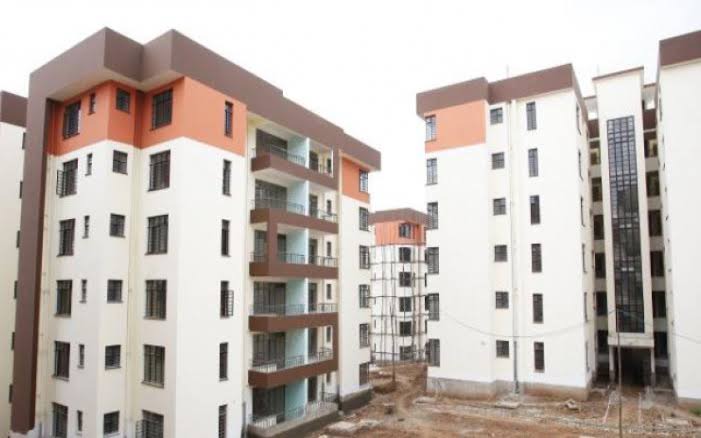 Under the affordable housing pillar of the Big Four agenda, President Uhuru Kenyatta's second term has seen various housing projects in Nairobi like that in Pangani constructed in a step that'll get the country closer to realizing the dream of being slum-free. 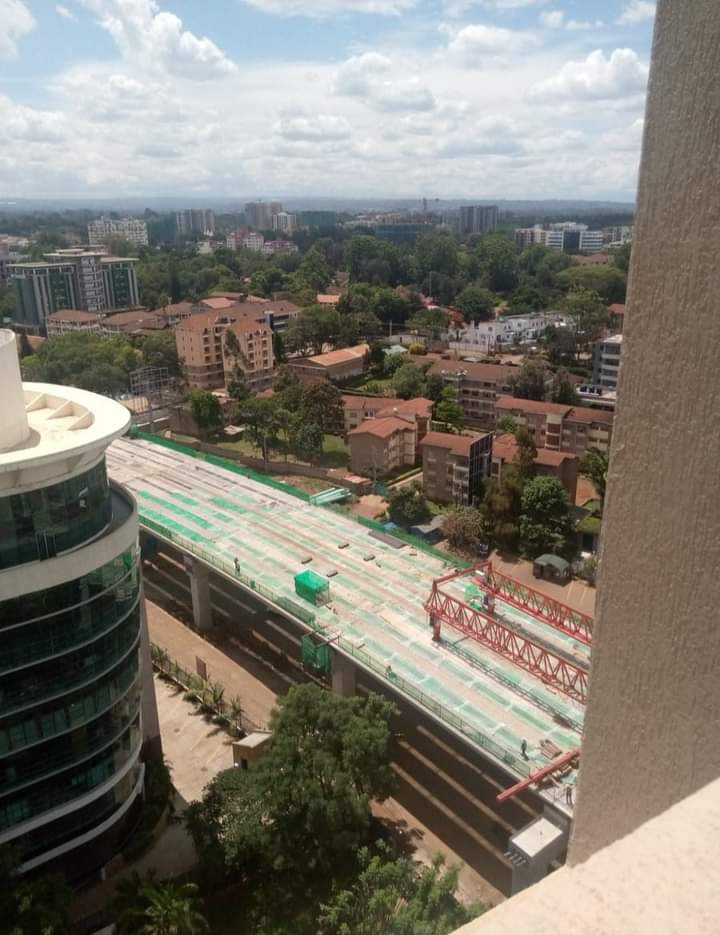 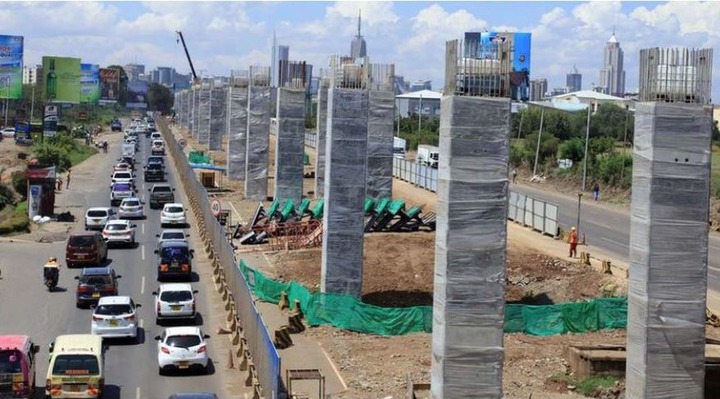 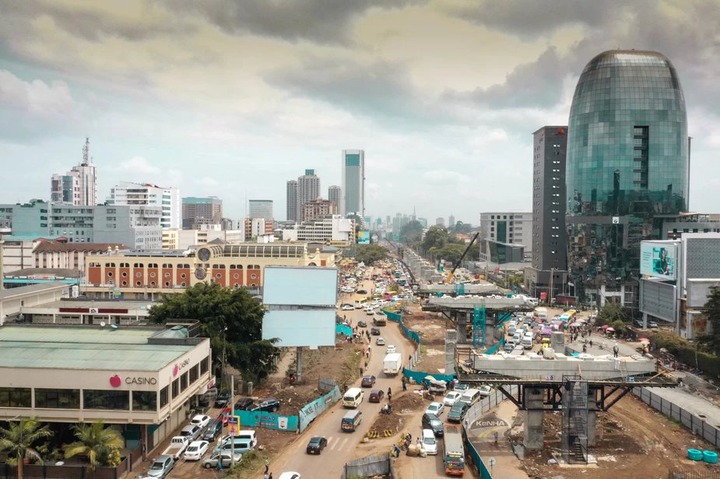 With a completion date set at December 2022, the Nairobi expressway which was launched in President Uhuru's second term will perhaps go down as one of the major projects that he left behind in the city in his second term. 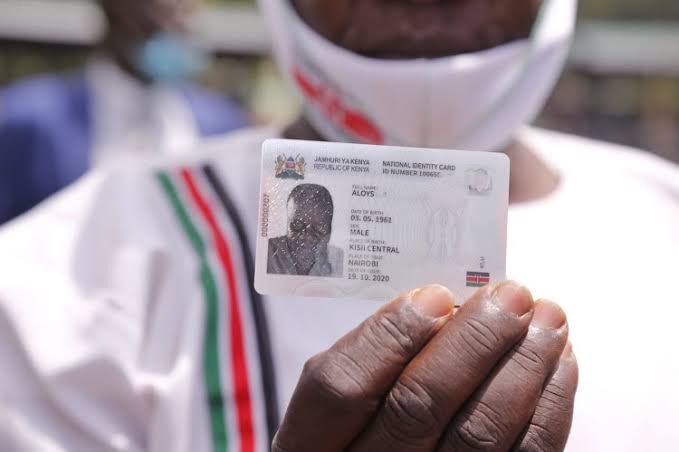 The National Integrated Identity Management System (NIIMS) or rather Huduma Namba was launched by President Uhuru Kenyatta in his second term.

The objective being creating and managing a centrally integrated database that will contain biometric data on all Kenyan citizens and foreigners residing in the country for better services. 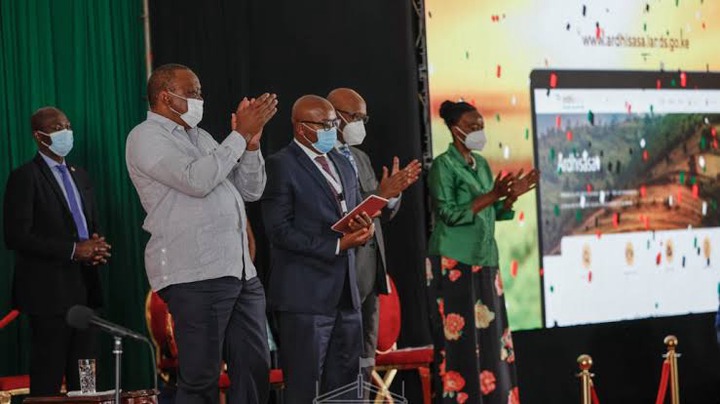 After three years of work, President Uhuru commissioned a digital lands registry yesterday on April 27th to help many landowners that've long been victims of fraud in the hands of con men and fraudsters at Ardhi House find reprieve once and for all. 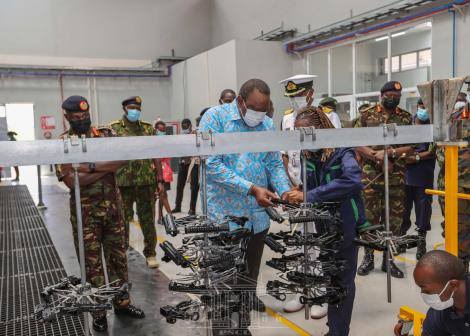 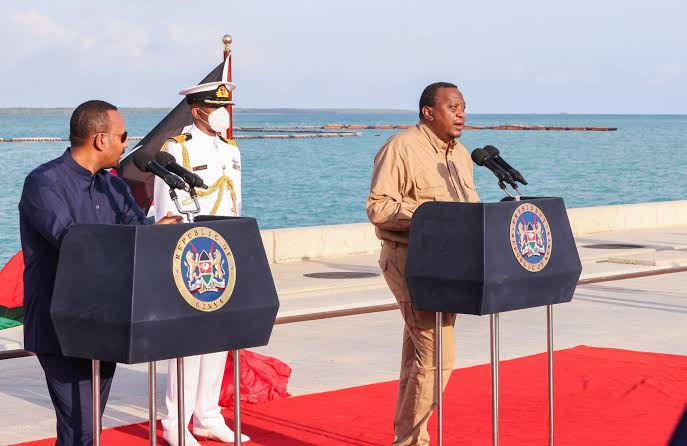 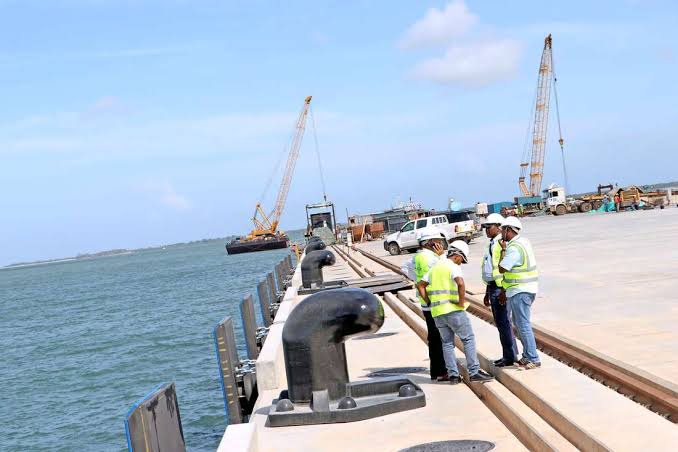 Though part of the LAPSSET project, three berths of the Lamu Port were completed in President Uhuru's second term and this will soon see ships start docking at the port to handle cargo going as far as South Sudan, Ethiopia and even DRC.

This Matatu terminus that has seen the president make numerous visits to the city will help ease congestion along Haile Selassie avenue and bring order within the city.

13. The Western Bypass and other Bypasses in the country. 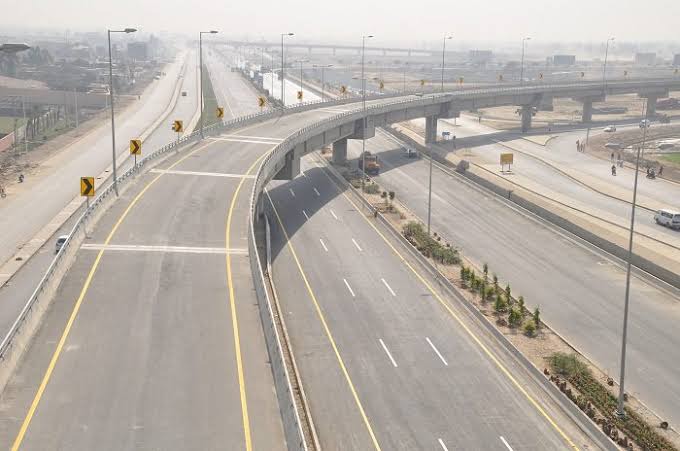 Launched in 2019 with construction ongoing, the four lane 16.79km Western Bypass that kicked off at Gitaru with seven interchanges at Lower Kabete, Gitaru, Ndenderu, Ruaka, Wanginge, Rumingi and Kihara will connect the Southern bypass at Kikuyu town and will end in Ruaka as it connects the Northern bypass. There are plenty other Bypasses in various counties around the country too. 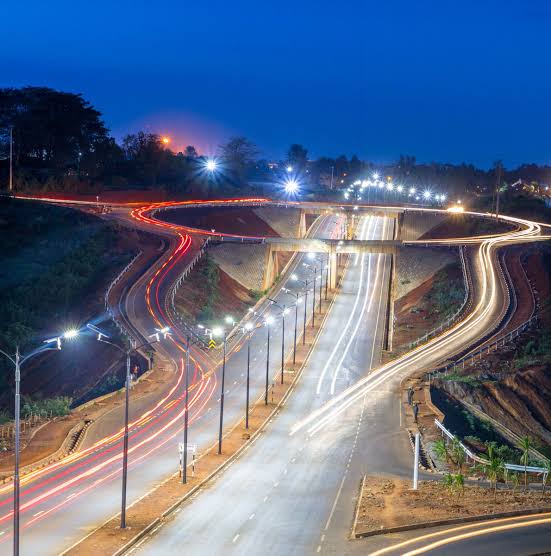 Launched in 2018, the 5km dual carriage road whose construction was completed recently has significantly cut travel time and distance between Ruaka, Kiambu, to Waiyaki Way in Westlands. 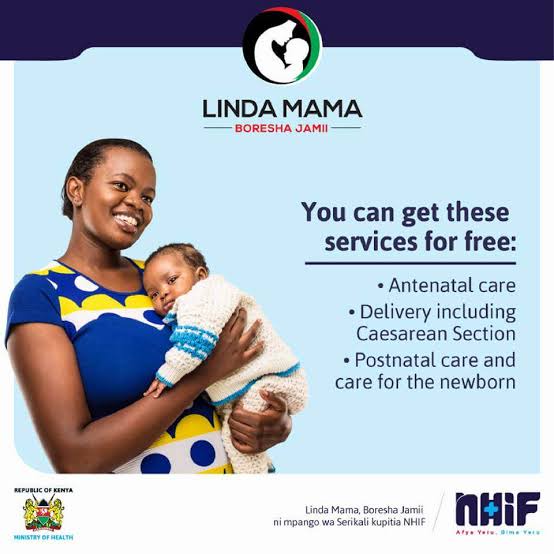 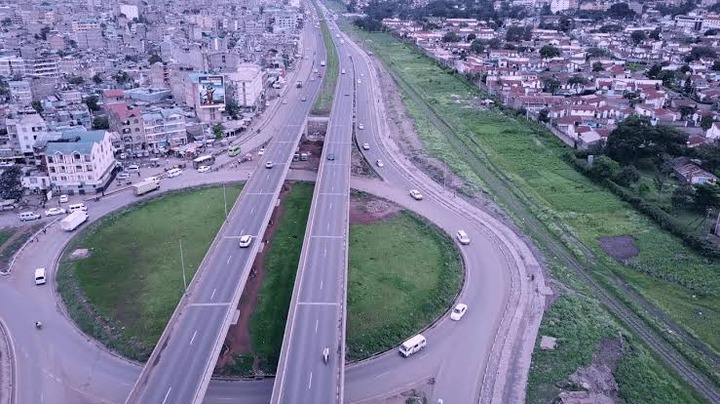 Though planned in 2013, construction of the special lanes on the Outer Ring Road was commenced in President Uhuru's second term in an effort to connect the Eastern Bypass to Thika superhighway.

As a result, the lanes restored the glory of the Outer Ring Road and came as reprieve to people living in the densely populated Eastlands.