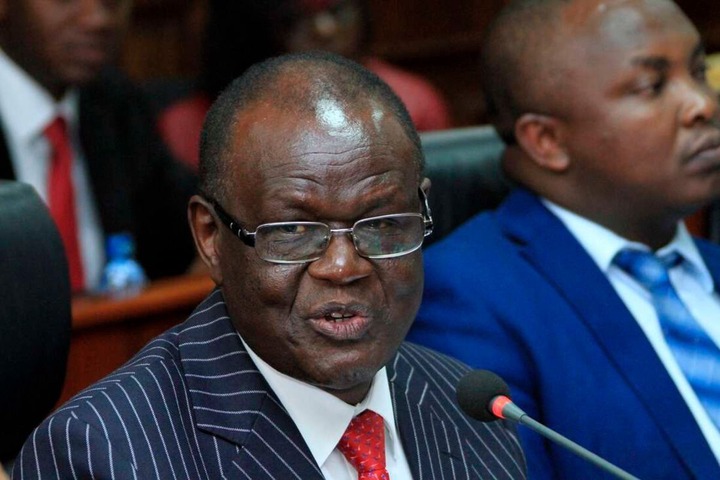 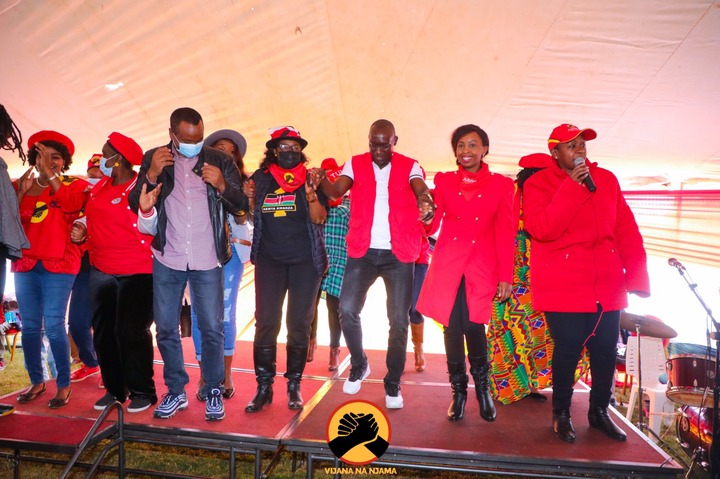 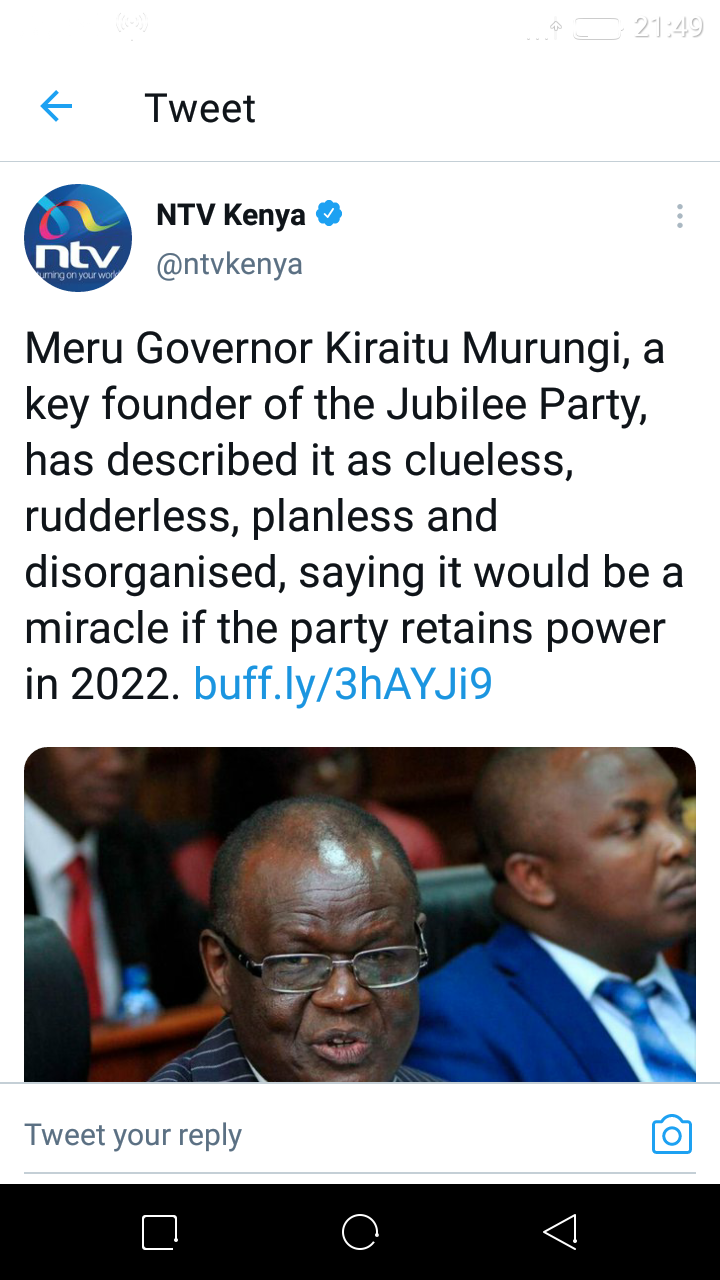 Kiraitu may be planning to leave jubilee party to another political formation ahead of the next polls. I'm the Kenyan political history the party has never remained power in two consecutive terms especially from 2002. He also wants to take a different opinion with his main competitor on the Meru top position and since Munya is a strong supporter of the president and jubilee he wants to take a different opinion so that they will compete on ideology.

Content created and supplied by: Maeric1 (via Opera News )

KPLC To Switch Off Electricity in The Following Areas Tomorrow, July 24

Smoke All Over Eldoret As Authorities Are Engaged In Running Battles

Safaricom Services to be Unavailable For 10 Hours

KPLC Announces a Long Electricity Blackout on Saturday, July 24, Check if You Will be Affected

What you Didn't know your Bonga points Could do

"Tangatanga" Politician Lectures President Uhuru Kenyatta, Demands He Does This