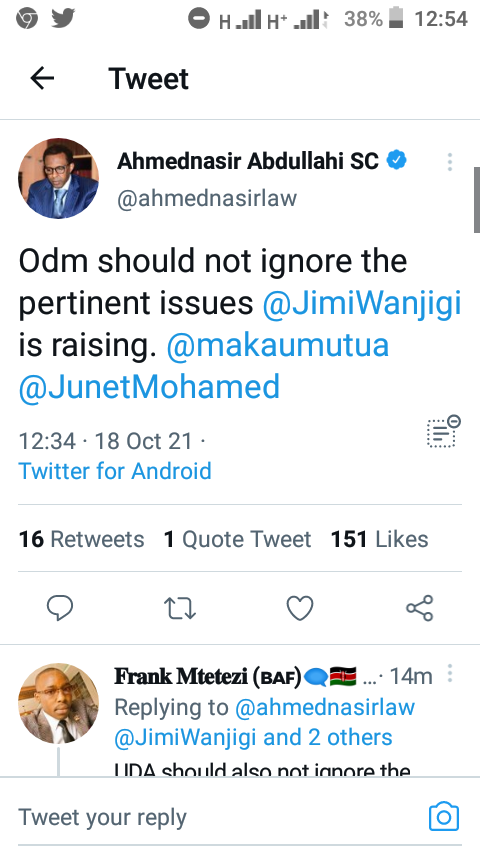 In response to his sentiments,netizens told Ahmednasir that the united democratic alliance party allied to deputy president William Ruto,should also not ignore the pertinent issues Moses Kuria was raising about the fair share of cabinet secretaries.He was also reminded about the budget allocation to mount Kenya people if at all the deputy president wanted the partnership. 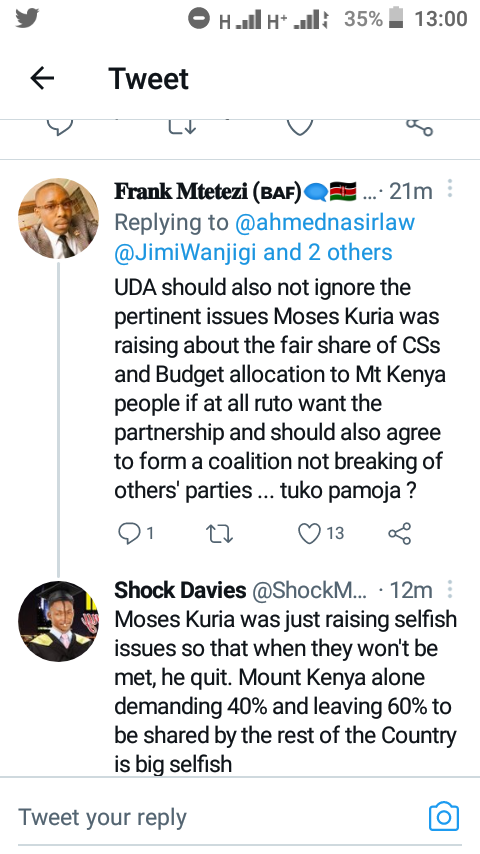 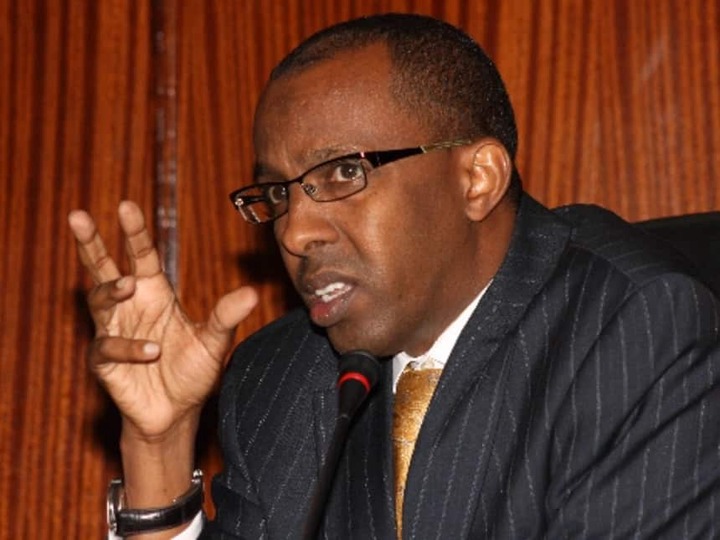 "Jimmy Wanjigi is smart and must pull a 2013 for him to be brought to the table.He is only a threat to himself unlike Abduba Dida who is a million times way above him" Kingmaker Njiru tweet. 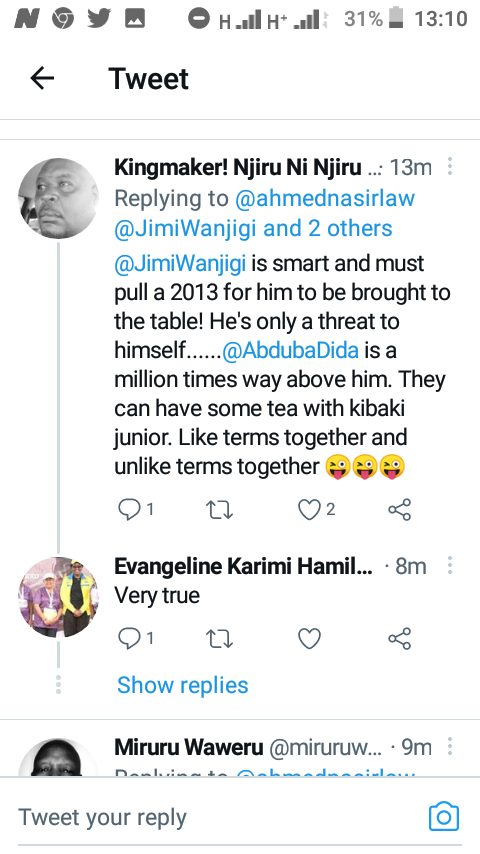 Some argued that the orange democratic movement party should see Jimi Wanjigi as an asset, and that they had an alternative and fresh candidate for the first time in 16 years.

"He has that space to actually do and say what he thinks is right within orange democratic movement party,because it's a democratic party.Do you think such can be tolerated somewhere else?" Kevin Owiti tweet. 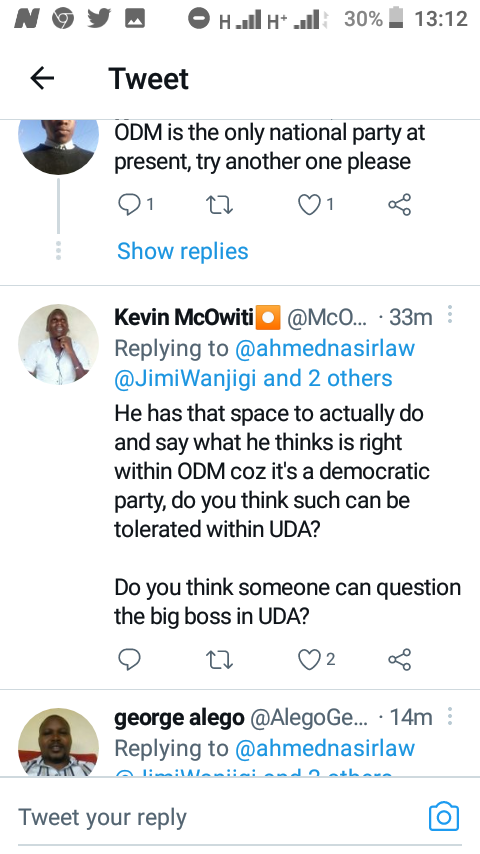 The outspoken lawyer was however requested to concentrate on pertinent issues raised by the united democratic alliance party members,referring to the official list of party leaders.They alleged that the list was leaning towards one ethnic group,adding that united democratic alliance party leaders for upcoming elective posts had already been handpicked.