Kakamega county is one of the counties having stiff competition in gubernatorial race.The two horses are FCPA Fernandes Barasa who is vying on Azimio ticket led by Raila Odinga as presidential candidate under the support of the current governor Wycliffe Oparanya.On the other hand the current senator Cleophas Malala is vying for gubernatorial seat under Kenya Kwanza ticket led by deputy president William Samoei Ruto.The two leaders met and ate on the same table together with Wyckliffe Oparanya. 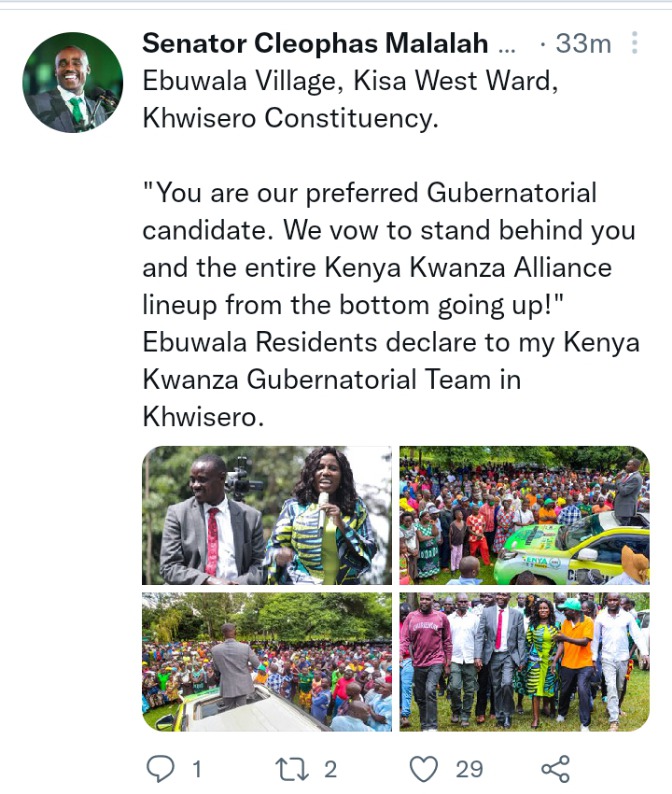 Today cleophas Malala took his campaign rally in Khwisero constituency at Lisa west ward.He continued with his idea of promoting Bottom up economy to people.According to his post on Twitter he said "you are preferred gubernatorial candidate.we vow to stand behind you and the Kenya Kwanza Alliance lineup from the bottom going up!"He also claimed that Kakamega people have endorsed me as the preffered governor. 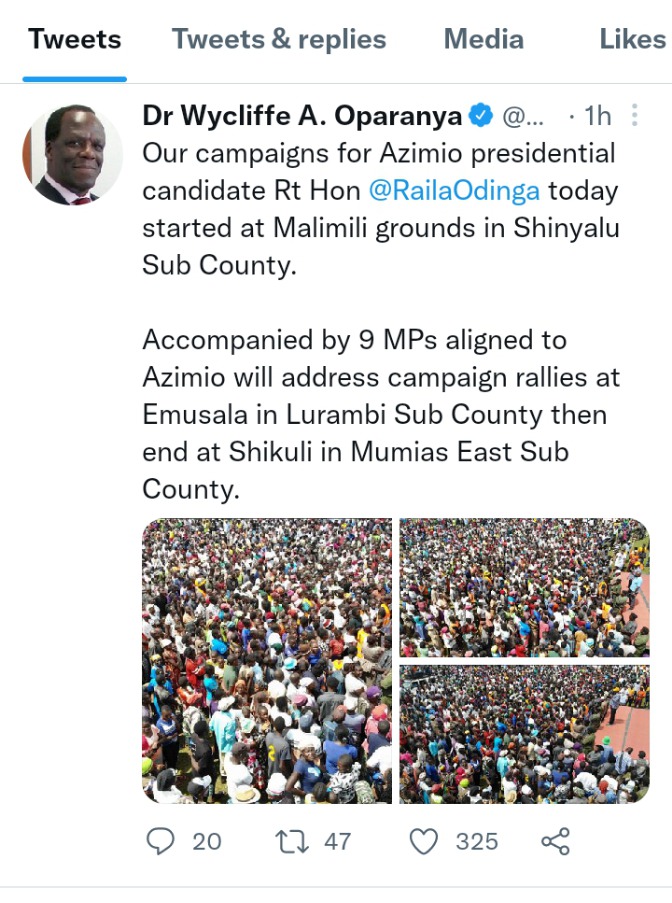 Similarly Barasa and his allies including Oparanya took Azimio campaigns in Shinyalu sub county. Where they convinced people to vote for Azimio candidate including there own Fernandes Barasa as there governor,he convinced people that he will follow the footsteps of Wycliffe Oparanya. 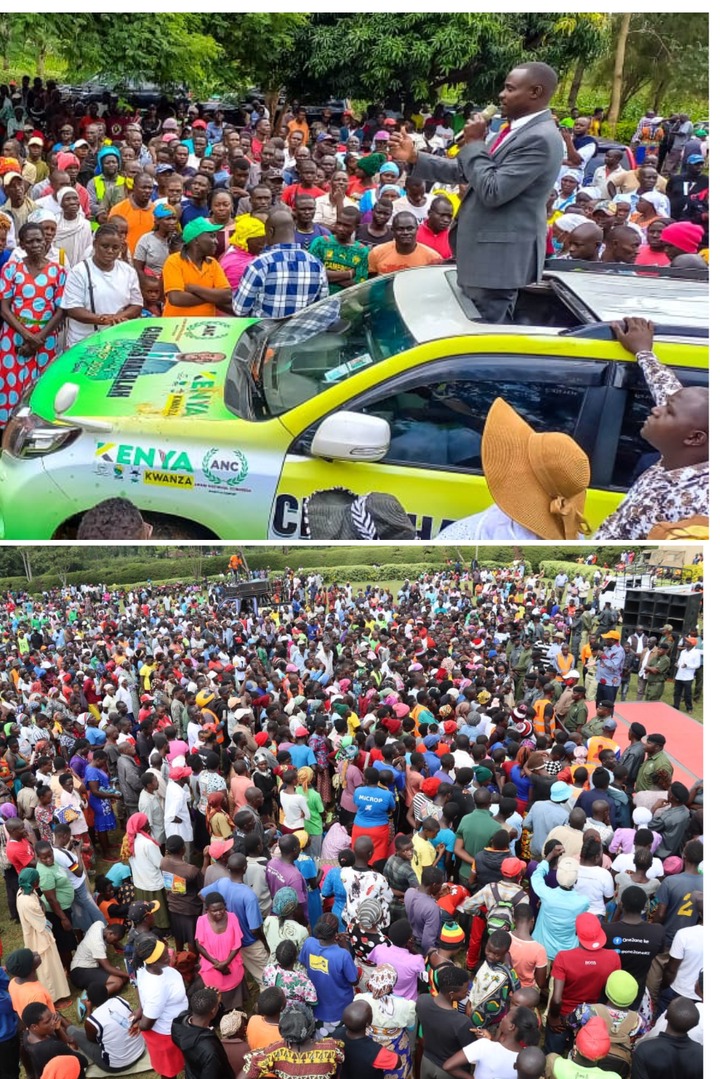 Today, when the two opponents campaign rally crowd are compared,it vividly show that Kakamega have more hope and trust in Azimio than in Kenya Kwanza.

Total Power Blackout at Ruto's Backyard Ahead of Presidential Declaration

Reactions As Azimio Supporters Start Celebrating Ahead of Chebukati's Announcement