By Frank-Njuguna (self media writer) | 1 year ago 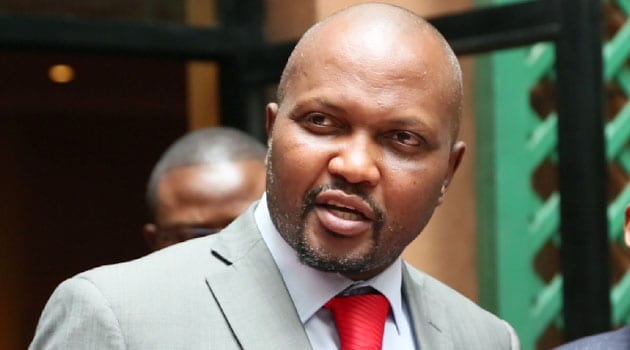 A dismissal letter from the lucrative Transport Committee in the National Assembly, has seen Gatundu South MP Moses Kuria seek refuge from former Parliament speaker Kenneth Marende to save him from being bundled out.

Venting his frustration after the ouster, the second term Jubilee MP has termed his removal from the committee as "desecration of parliament", in President Uhuru's latest purge on Ruto allied MPs to regain control of the ruling party.

Kuria, a fierce critic of president Uhuru, is among 16 MPs allied to DP Ruto's Tangatanga camp, who had been notified through letters by reigning National Assembly Majority Whip Emmanuel Wangwe, to defend their ouster from the party. 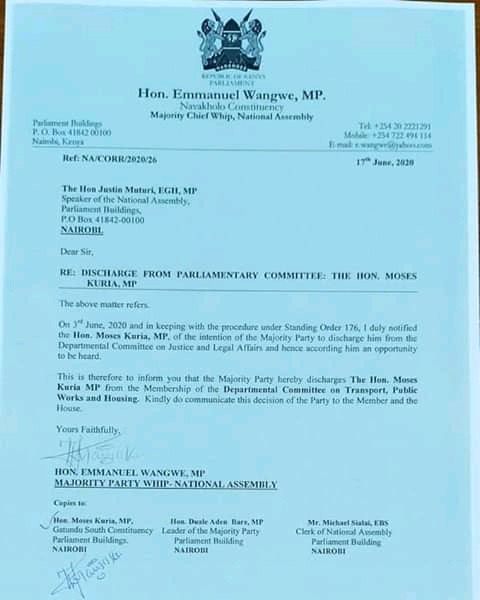 Taking to social media, Kuria captioned the removal letter by the Navakholo MP: " This buffoon says he notified me of intention to discharge me from the Justice & Legal Affairs Committee (JLAC) of which I was not a member and then proceeds to discharge me from the Transport Committee. Ignorance is bluss. But surely speaker Justin Bedan Njoka Muturi, why do you allow desecration of Parliament to this level? Wapi Marende?," Kuria vented.

Detailing the reasons for removal of the Ruto-leaning MP in the letter, Emmanuel Wangwe alleged disobedience to an earlier letter to argue his position for the party agenda, informed the changes. 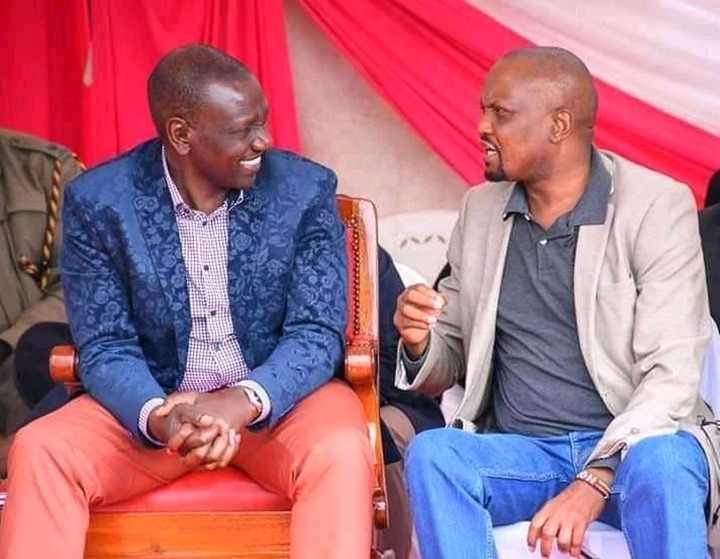 "On 3rd June, 2020 and in keeping with the procedure under Standing Order 176, I duly notified the Hon. Moses Kuria, MP, of the intention of the Majority party to discharge him from the Departmental Committee on Justice and Legal Affairs and hence according him and opportunity to be heard," Read the letter in part addressed to National Assembly speaker Justin Muturi.

It continued: "This is therefore to inform you that the Majority Party hereby discharges The Hon. Moses Kuria MP fron the Membership of the Departmental Committee on Transport, Public Works and Housing."

Content created and supplied by: Frank-Njuguna (via Opera News )

Here is the man utd star who helped them overcome brentford yesterday.

Revealed; Why Both Raila and Ruto May Not Win Election And Will Be Forced to Go Back For a Rerun

Thursday Football Match to Bank on