By ProvisionalWriter (self media writer) | 1 month ago

There are rumors that the President Willium Ruto-led Kenya Kwanza government has a carefully orchestrated scheme to eliminate Deputy President Rigathi Gachagua from relevance.

The rumors, however, were discovered by Ngunjiri Wambugu, a former member of parliament representing Nyeri Town. Ngunjiri asserted that if caution is not used to prevent them, the preparations have already been prepared and will go as planned. 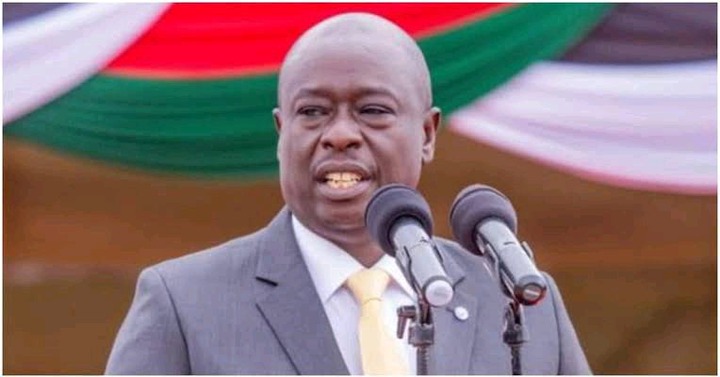 In a statement issued today, October 5, Wambugu, a serious ally of former President Uhuru Kenyatta, described the occasions when Gachagua fell for the plot to depict him as a clown, notably based on his attire. 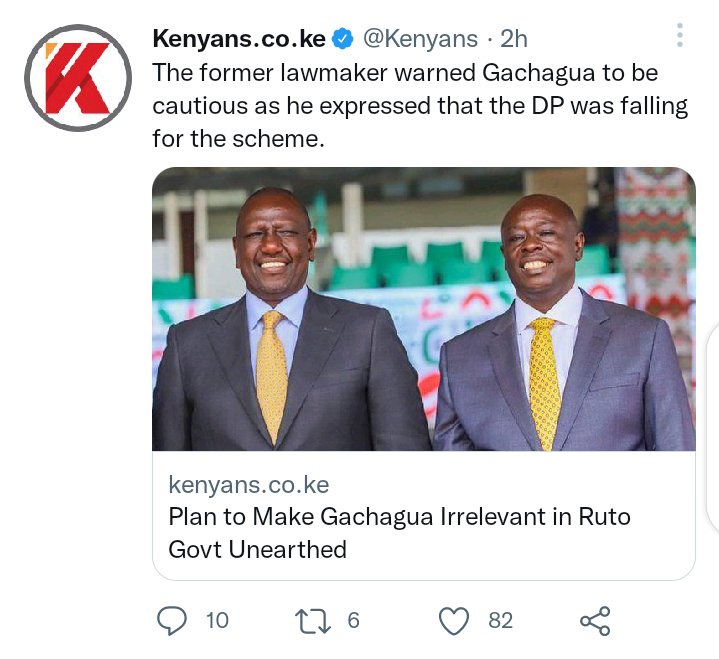 In order to cast the DP in a negative light, several media outlets have been focusing on his contentious comments during the past few weeks.

"Let's be clear: The politician from my county is neither the worst-dressed person in politics nor a political fool. But he is shown in memes and cartoons in this way." Ngunjiri Wambugu spoke freely.

Content created and supplied by: ProvisionalWriter (via Opera News )