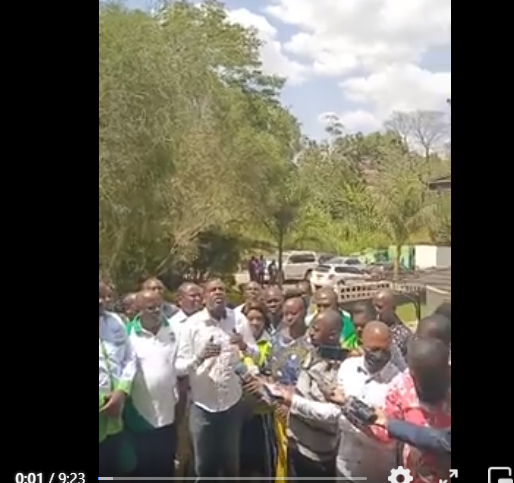 Just a day before Deputy President William Ruto, Musalia Mudavadi, and Moses Wetangula storm the Western Kenya region to popularize their newly found pact, a section of Western Kenya MCAs have come out to welcome the three leaders.

Speaking to the presser on Thursday, the more than 100 MCAs garnered from Ford Kenya and ANC parties from Bungoma, Kakamega and Vihiga counties, said they fully support the decision reached by the three to work together and that they will remain loyal to their Kenya Kwanza coalition.

At the same time, the MCAs threw jabs at President Uhuru Kenyatta and a section of Western MPs who met at Statehouse recently, claiming the head of state had neglected the region since 2013.

According to the legislators, those who went to Statehouse have sensed defeat and are just looking for consolations in government. They said they have failed Western Kenya people and nothing will be done under Uhuru's watch to revive the region's economy.

"The president lied to Eugene Wamalwa and the rest telling them that he will bring developments to Western Kenya. The last time we saw Uhuru here was during Mashujaa day celebrations. There is currently no budget that the MPs will pass at the moment, it is too late" said Kevil Mahelo an MCA from Malaba 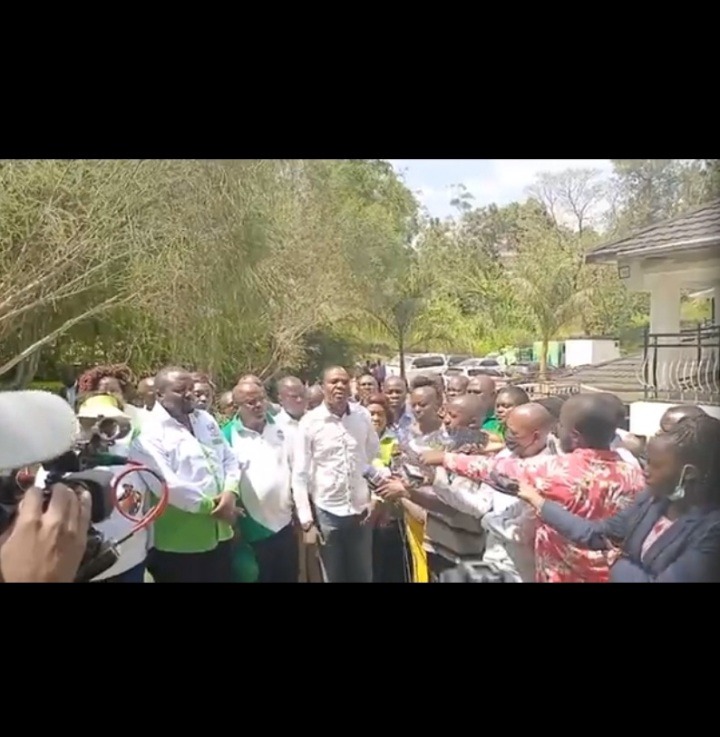 The ward reps took time to deconstruct MP Savula and a section of his allies who defected to the DAP-K party under Azimio saying they will not allow them to soil Musalia's name.

"I thank our two leaders for delivering us from 30-year-old slavery under Raila's reign. The Western Kenya Earthquake rally will start from Malaba at 8 am and nobody will try to stop it" added another MCA

They vowed not to allow other leaders to soil Musalia's name in Vihiga and Western Kenya, claiming they had been receiving phone calls from above to abandon Musalia saying they don't want their money.

24 out of the 29 MCAs from Kakamega county were allegedly present at the presser and they all vowed to support the Kenya Kwanza Alliance between Ruto, Musalia, and Mudavadi.

"We support Ruto, Mudavadi and Wetangula for their reunion. Hawa wote ni wetu sasa and we will follow their orders to the latter and will no be swayed by anybody" added another

The three are expected on Friday in Kakamega and Bungoma counties where they will hold major rallies to popularize their reunion.