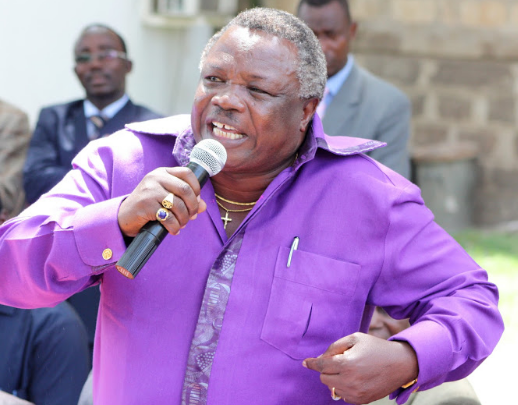 The long serving Central Organization of Trade Unions (Cotu) secretary general Francis Atwoli on Friday was re-elected unopposed for the fifth time in a row.

Atwoli has held the position since 2001, and his reelection attracted mixed reactions online although notable leaders in the political sphere congratulated him for the milestone.

A report by the Sunday Standard revealed that, after reports emerged that his competitor the Kenya National Union of Nurses boss Seth Panyako would seek suspension of the elections, the COTU delegates converged at the Tom Mboya Labour College in Kisumu as early as 6am for the elections. 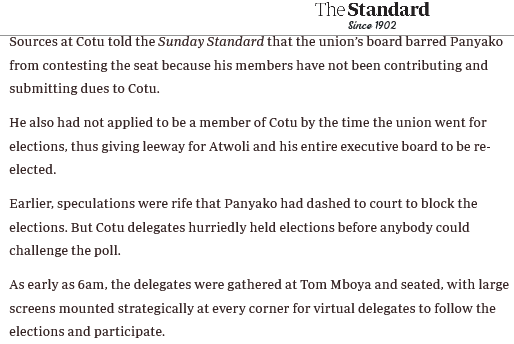 With this, by 9am, the delegates had cast their votes giving Atwoli five more years to lead the union alongside his deputy Ben Okwaro and two other deputy assistants Mr. Ernest Nandome and Caro Ruto.

According to insiders from the union, Panyako was barred from taking part in the race on claims that the members of the National Union of Nurses had suspended submitting their dues to COTU. 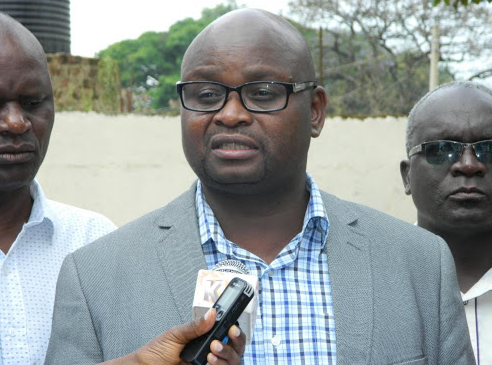 The sources also alleged that Panyako had not applied to become a member of COTU by the time elections were being conducted hence giving Atwoli smooth path to his re-election.

The Government Files an Appeal against the High Court ruling