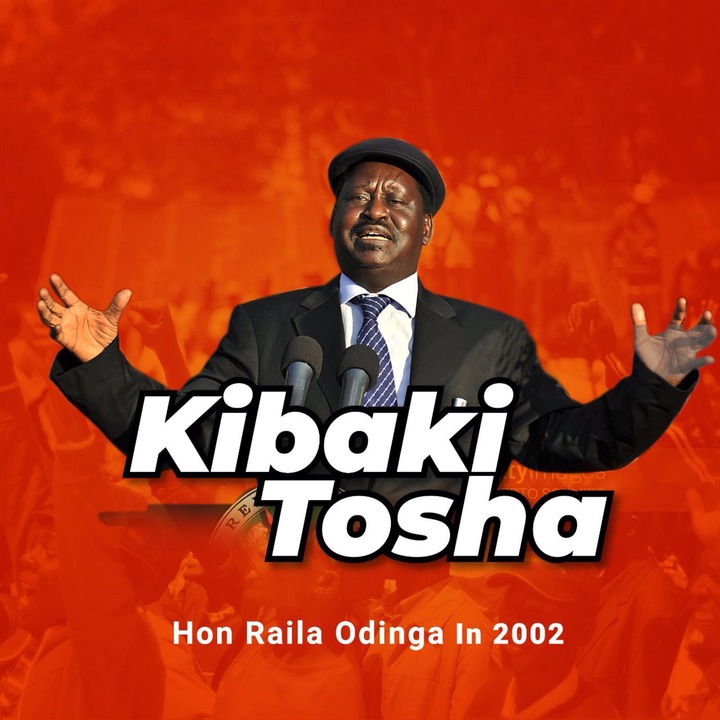 Railla Odinga, the former prime Minister of Kenya, described how he received phone calls in the run-up 2002 General election requesting him to retract his Kibaki 'Tosha' declaration. Raila stated he led firm on the decisions because he believed in Kibaki's ability when eulogizing the late former president Mwai Kibaki. "When I returned home, my wife told me that she had gotten numerous phone calls from people accusing us of making a mistake. But, as I already stated there was no going back" Raila Odinga is a Kenyan politician. 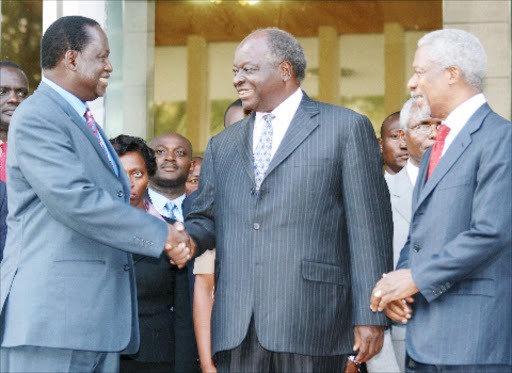 "In my own opinion, Kibaki possessed the expertise and experience required for the country's resolution," he continued.

The ODM leader said that he declared Kibaki Tosha during a key juncture in the country's history, when the country needed a regime transition but negotiations amongst opposition leaders were taking too long.

" I took the debate to Wananchi and asked," Si Kibaki Tosha?" They responded by singing" Yote Yawezekana bila Moi." He explained that while in the waiting crowd at Uhuru Park was growing impatient, negotiations at the Serena Hotel were taking an inordinate amount of time, so he decided to take a bull by the horns and declare Kibaki Tosha. Raila also paid a visit to 2002 Memorandum of Understanding that led to the disintegration of Nark. He underlined that the MOU was not implemented because of some opportunists in Kibaki's circle. 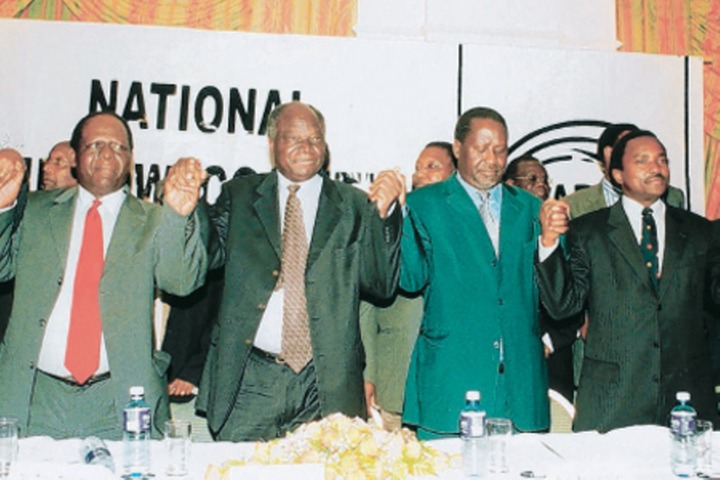 "Kibaki was surrounded by a group of people that were responsible for MOU's rejection. It wasn't Kibaki, I said. These were the folks he was surrounded with "he remarked. Raila who established the grand unity government with Kibaki following the post-election violence in 2007-08, praised him as visionary and transformative leader who turned the country's fortunes around.

He described how kibaki led the government to launch maga projects such as Konza City, the Thika Superhighway Lapsset, and special economic zones, which helped put the country on the path to economic revolution.

Content created and supplied by: Brown254 (via Opera News )