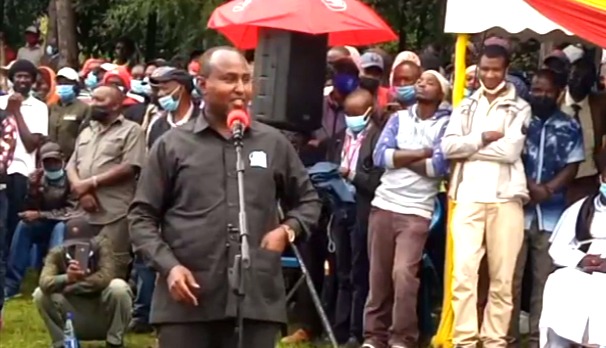 While addressing mourners during the funeral ceremony of the late David Kibira Muchai at his Elburgon home in Molo constituency of Nakuru county today on September 21st, the Suna East MP Junet Mohamed at one point nearly found himself in trouble with mourners when he tried to attack Deputy President William Ruto's "wheelbarrow" politics.

The outspoken MP who is a vocal critic of DP Ruto had started his speech by explaining to Nakuru people how the people of Nyanza are the most peaceful people in Kenya who are not tribalist before touching on the current political affairs.

That despite him being a Somali whose ancestral home is in Mandera, the people of Migori entrusted him with various leadership positions first as a mayor for ten years then as an MP and that they may even vote for him as their Governor should he choose to run for that seat. 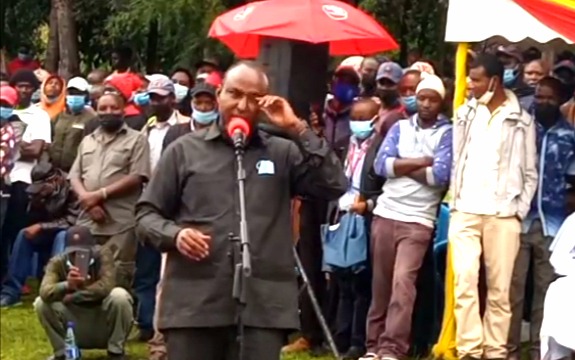 He then went ahead to say that the handshake team was aiming at making sure that we have such a Kenya. A Kenya where there's no tribalism and additionally where there's equitable sharing of resources as well as fair representation.

He then faulted Deputy President William Ruto's wheelbarrow politics which he said is baseless and full of empty promises.

But before he could proceed any furtheron tht topic, keenly listening mourners started booing him and upon realizing that it may end with embarrassment, he was forced to move to something else before concluding his speech in peace.

After the MP leaving the podium, Nakuru county Senator Susan Kihika followed next with a written message of condolences that she had to read on behalf of DP Ruto to the bereaved family.

Senator Kihika was then followed by Governor Lee Kinyanjui who revealed that he had been sent by President Uhuru Kenyatta to pass his condolences to Kibira Muchai's family.

The Governor also said that President Uhuru had told him that he knew the late David Kibira Muchai as a personal friend who was a hard worker and had even sent the bereaved family Ksh.1 million as his "pole".

Junet Mohamed speaks at minute 28:00 of the video in the link below as Governor Lee Kinyanjui announces the amount of money President Uhuru gave the Muchai family at minute 37:00. 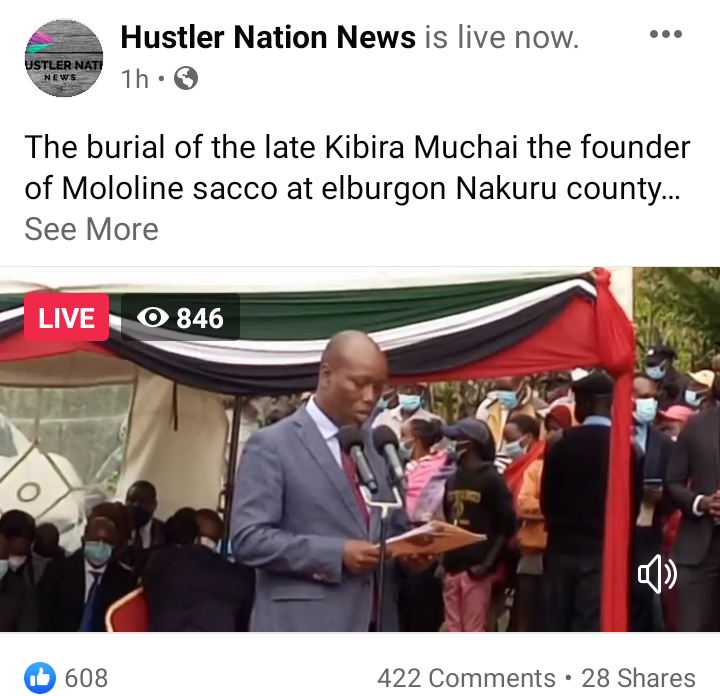