By DAVIESOUMA (self media writer) | 1 year ago 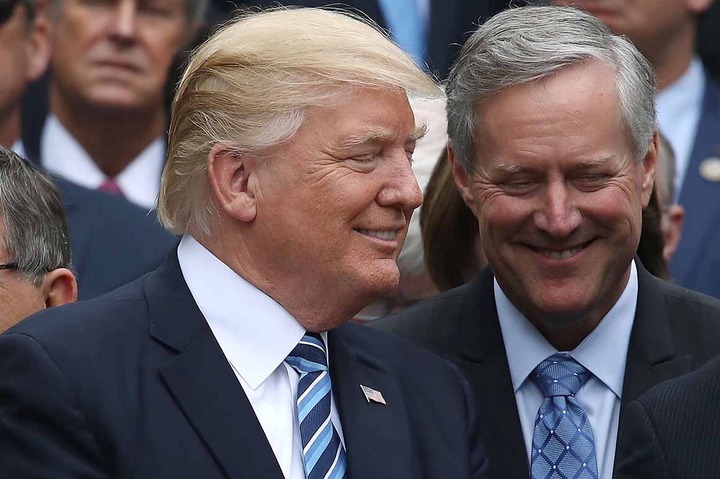 While the country is enduring election mood, the incumbent president Donald Trump's camp continues to feel pinch as one of his senior officers tests positive. The United States President Donald Trump’s chief of staff Mark Meadows has been reported to have contracted coronavirus as the nation sets daily records for confirmed cases for the pandemic.

Two senior administration officials confirmed that Meadows had tested positive for the virus, which has claimed lives of more than 236,000 Americans so far this year. Meadows traveled with Trump in the run-up to Election Day and last appeared in public early Wednesday morning without a mask, as Trump falsely declared victory in the vote count.

Despite Trump's views on covid19 getting opposition, that he even tested positive at one point, Meadow had been one of the close aides around Trump, when the president came down with the virus more than a month ago but was tested daily and maintained his regular work schedule.

Across the US regions the infections are surging as death toll also climb. While on the hand the incumbent president, Trump tests defeat in just concluded elections.