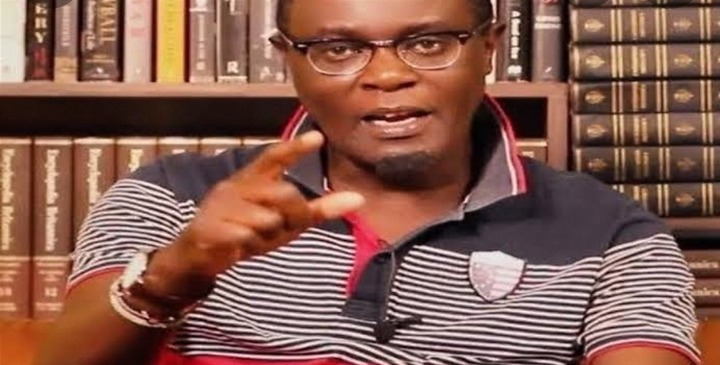 Professor Mutahi Ngunyi now alleges that Mathira Mp Rigathi Gachagua is doing rounds in the Local Radio Stations and TVs while speaking statements that undermine William Ruto's presidential plans, saying that He has been sent by a section of deep state individuals who are on a mission to destroy His political career.

Ngunyi who took to twitter says that Gachagua is basically a very good project that has been used by the Mt Kenya Billionaire Businessmen who have been using Him as a project of establishment to deliver their messages and also determine the political terrain of the Mt Kenya region.

He went on to say that if Gachagua will succeed to pull down Dp William Ruto in His assignment, then He will be able to be supported by the 'Deep state' and have a very successful political life in future, adding that no politician can be able to corrupt a Kikuyu or even buy them so that they can support Him in any manner, especially while they are compromising their own future.

While expounding on the same, Ngunyi revealed that Gachagua is on a very long time Mission, saying that He will keep doing the same from time to time to make sure He tears down Dp Ruto since His orders are direct from the deep state agents who direct Him in each and every move. 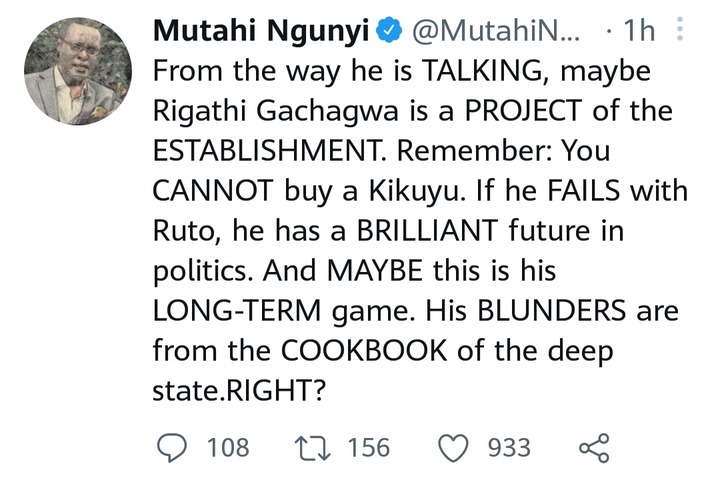 The State House Strategist was reacting after Gachagua aroused mixed reactions from Kenyans yesterday after a viral clip of Him saying that they will allegedly destroy the Kenya Airways Company and also Safaricom if elected and distribute the money to Kenyans as handouts went round.

Another clip originated five days ago while in Karen when He demeaned Martha Karua while blaming Raila Odinga for selecting Her for the position, something that made Kenyans see them as people with very low opinion on matters concerning women.

According to Rhumous that have been doing rounds for close to two days now, Gachagua allegedly met with some rivals recently and made deals with them after a terrible fallout with some of UDA applies. This was after their allegations that He had been fraudulently been nominated as the running Mate, against the popular vote that placed Kindiki at the top, leaving Him with a very hard time.