Goodbye UDA: Blow to Ruto After Four Leaders Allied To His Camp Move To Support Azimio

By Reff (self media writer) | 7 months ago

It is officially established that the second-in-command and former prime minister Raila Odinga would compete in the general election on August 9. 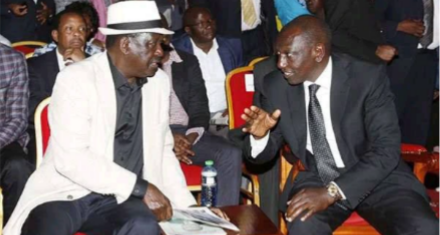 The Deputy President William Ruto is the most recent leader to suffer a serious setback after four gubernatorial candidates affiliated with the Kenya Kwanza Forum renounced his platform in favor of the platform of the late Prime Minister Raila Odinga. This signals a time for both coalitions to establish strong pillars.

According to Saturday Standard, George Natembeya's supporters include Julien Kichwen, Kipkoech arap Mutai, Terasa Metto, and Philomen Singoei. They have publicly stated that they support George Natembeya's bid to become the next governor of Trans Nzoia. 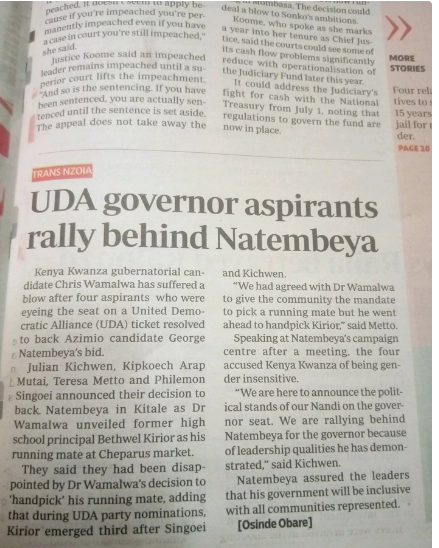 "We had agreed with Wamalwa that the community would be given the authority to choose a running mate, but he went ahead and hand-selected Kirior. Although we have been patiently waiting for him to reconsider his choice, Trans Nzoia's residents urgently need justice to be served "As they arrived at Natembeya camp, Metto stated.

What do you think about the present political crisis in Kenya as one of my viewers who regularly follows my news? Comment below with your ideas to share with us.