By TrendingNews (self media writer) | 6 months ago 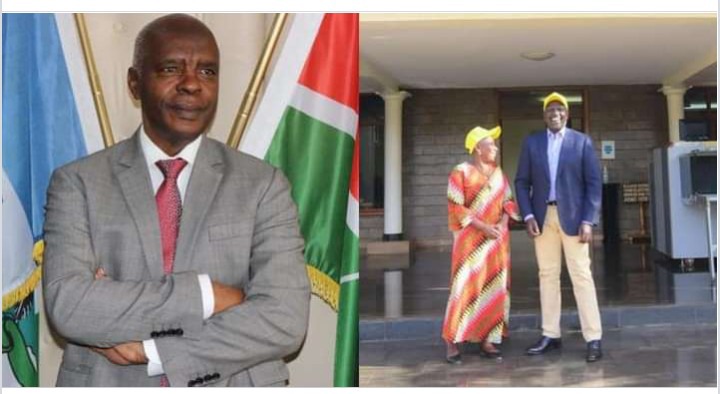 Through his official Facebook page Hon. Kibwana said that the people of Makueni are in Azimio LA Umoja to support the former prime minister Raila Odinga.

Following the recent large defections from his political party, the Deputy Governor has likely done the balancing prospects of William Samoei Arap Ruto winning against those of Raila Amolo Odinga winning and seen some probability of Ruto clinching the seat. As a result, she saw no reason to sit on the fence while waiting for the successor to Uhuru Muigai Kenyatta to be named after the August elections, and she decided to support Ruto' s candidacy by joining the United Democratic Alliance party.

In the official page governer Kivutha said, "My attention has been drawn to clandestine dealings between Adelina Mwau (deputy governor Makueni County) and United Democratic Alliance. She had even pledged to take with her a huge delegation of our common political friends to UDA, who declined her overtures."

The Makueni governor has declared his support for the opposition leader Raila Odinga's presidential bid in the fourthcoming general elections in August.

The Deputy Governor Adelina Mwau's proposal may further divide Ukambani, as former Vice president Kalonzo Musyoka is also on the edge of race running alone, while getting some external pressure from Ngilu to support Raila Odinga in Azimio La Umoja.

Governor kivutha still emphasize that the Ukambani people are in full support of the former prime minister Raila Odinga.