The ODM leader Raila Odinga has pointed his finger to the police for what was witnessed in Juja tallying centre as well as what was seen in Bonchari. Yesternight the chaos were seen in the Mang'u tallying centre where the Juja by elections tallying of votes were halted until further notice.

This happened when a section of leaders from Kiambu county stormed the facility where the votes were being counted and asked the independent electoral and boundaries commission to stop the count until all the votes are brought to the tallying centre. According to the leaders who were led by the Kiambu governor Hon. James Nyoro and the women legislator Hon. Gathoni Was Muchomba stopped the exercise which the IEBC has not yet resumed. 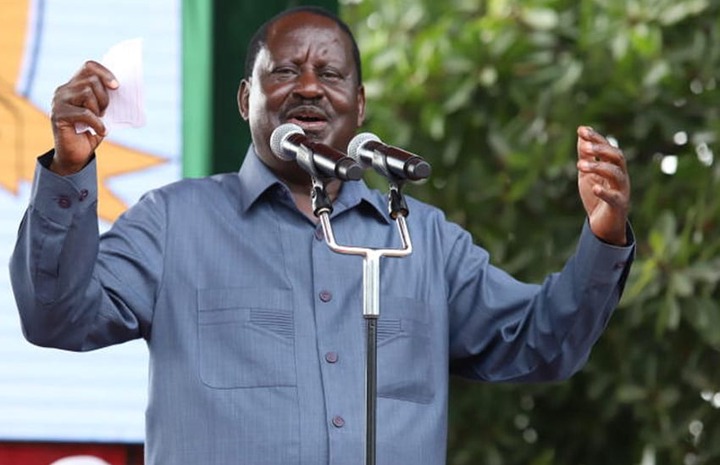 "What we have witnessed in the by-elections in Bonchari and Juja is an abuse of police powers and an arrogant display of IMPUNITY by a few overzealous and bellicose government functionaries." Raila Odinga. 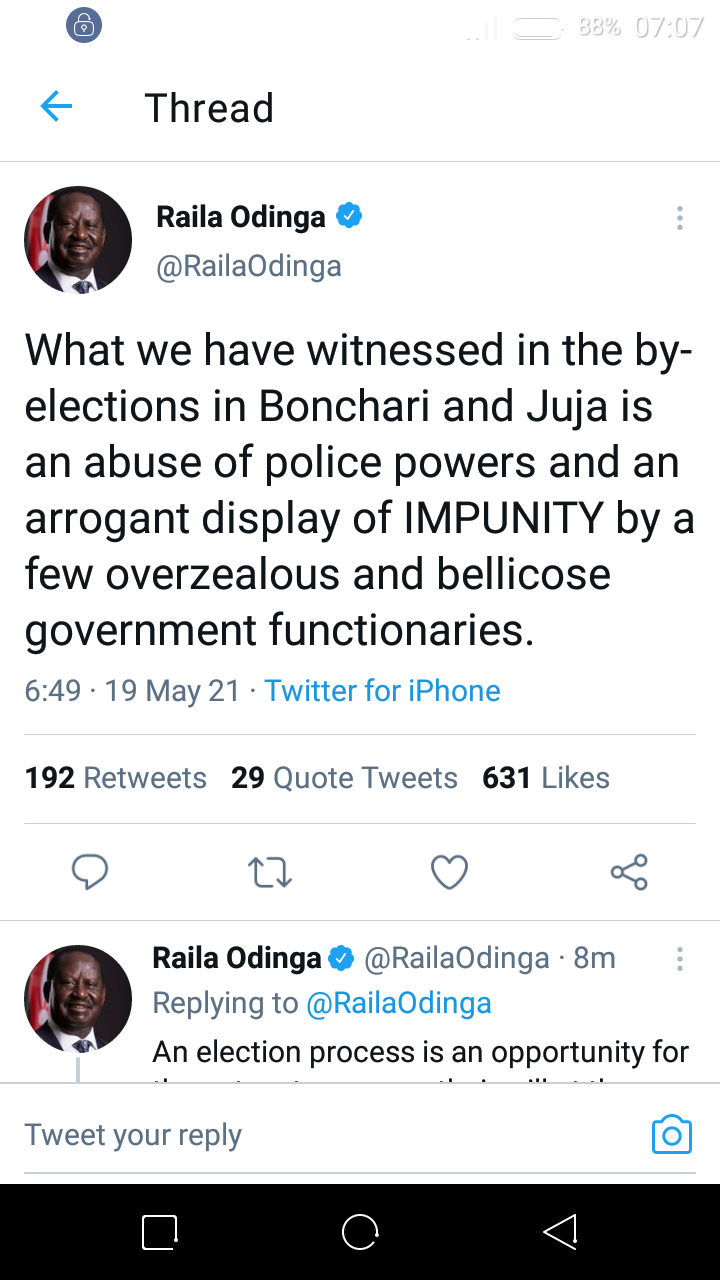 Earlier on before the tallying started, gunshots were heard in the same facility were it was alleged that there were some unmarked ballot papers which were being sneaked into the hall. This has attracted many leaders and just the members of the public who have been expressing their mixed reactions on the same. 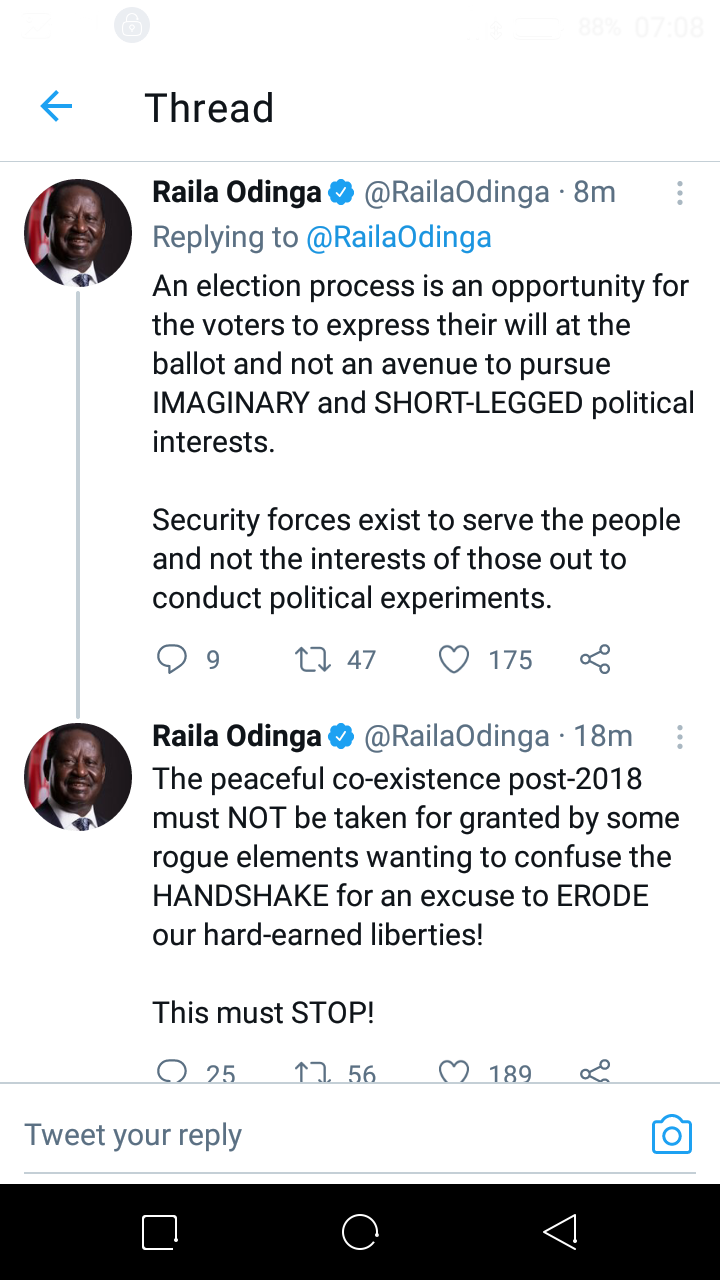