By GoldenEagleDreams (self meida writer) | 17 days 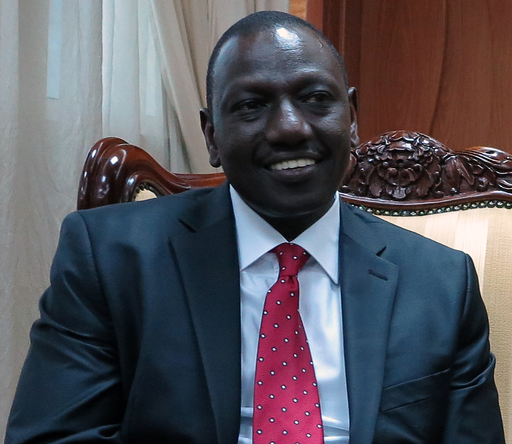 If there was a political headache today, the carrier of it is none other that the Deputy President William Ruto. The Constitution of Kenya 2010 made it mandatory for any presidential candidate to declare who his deputy would be should he with the elections. While this is a constitutional requirement, it also poses a number of other challenges in the run up to the poll.

First Kenyan politics are ethnically mobilised. The question of the running mate offers the candidates a chance to win support from a ethnic community other than his, in the hope that such a move would make the said deputy to move in with a block of voters from his community. To some extent this has worked. President Uhuru Kenyatta was able to galvanize support for the entire Rift Valley by picking William Ruto as his Deputy. This went on with the first and the second term of his presidency. Perhaps that was the only trick that he used to outsmart Raila Odinga. The question is; Does Ruto have the same fighting Church?

The down side of this kind of mobilization is the fact that once you pick your deputy, seemingly you end up giving the other communities a "Middle Finger", and they too respond by moving away to the next most available political vehicle. In the case of 2013 and 2017, Kikuyu and Kalenjin paired effectively, and the lend the other 40 communities to seek other alignments. When it came to Raila Odinga, there was the trouble of Picking either Kalonzo Musyoka from Ukambani, or Musalia Mudavadi from the Luhya Nation. Luhya is the second largest voting block after Kikuyu, but it would have been geographically imbalanced to have the President and his deputy from the Western of Kenya. Besides, Kalonzo Musyoka exuded the desperation of a "broody bride" - will to offer herself to the next most available suitor if only he would be number two.

This is the kind of mathematics the William Ruto has to balance. While Mt. Kenya voting block is his first point of call, he will have to contend with the fact that currently there's no single politician in GEMA who enjoys a fanatical following like Uhuru Kenyatta did. That means that it is the DP who will raise the next Mt. Kenya king pin. Even then, he will have to did it in such a way that the politics of Eastern Gema Vs Central Gema will not scuttle the unity. Those from Eastern(Embu and Meru) have also complained of being treated a juniors in the block. They feel that it's their turn to lead the entire block. The central Gema has also not been quiet. They feel that Kiambu had dominated at the top, living Murang'a, Kirinyaga, and Nyandarua to play at the backbench. Those in Murang'a are saying, "Its our time to lead".

Is Alice Wahome, Ndindi Nyoro or Irungu Kang'atta from Murang'a? Is it Rigathi Gacagua from Nyeri? Is it Kimani Ichung'wa or Moses Kuria from Kiambu? Is it Anne Waiguru from Kirinyaga, or Kithure Kindiki, Speaker Muturi, and CS Munya from Eastern Gema?

It also fair to accept that GEMA block is not the only choice for DP Ruto. Luhya Nation has also in the recent past warmed up to the DP. Being the second most populous voting block, it can also present a huge boost to his stab at the big office. Unfortunately, the Luhya Nation has not demonstrated political unity in the recent past. So whether it is Wycliffe Oparanya, Senate Speaker Ken Lusaka, for VP Musalia Mudavadi, the question will be whether the rest of them will agree to move together as a block. 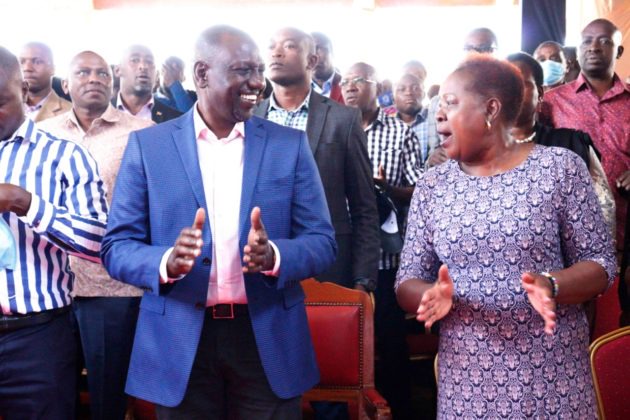