5 Influential Politicians in Kenya That Ruto Has Mentored

By LarryKatana (self meida writer) | 28 days There is no doubt that Deputy President William Ruto is one of the most gifted politicians Kenya has ever produced.

A shrewd politician and a smart political survivor, Dr Ruto has matured to become one of the most powerful politicians in the country today.

Using his experience in the game, the DP has had a hand in the rise of some of the most promising politicians in Kenya today.

The following influential politicians are some of Ruto's political students in Kenya:

1. Kipchumba Murkomen: Before the 2013 general election, Elgeyo Marakwet Senator Kipchumba Murkomen was a no-body in Kenya politics. But courtesy of Ruto, his political godfather, the fiery Senator has grown to something to in Kenya. 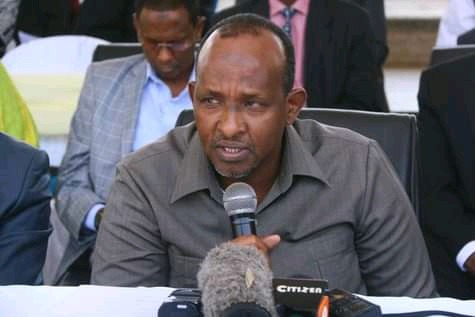 2. Aden Duale: Though the Garissa Township MP was introduced to politics by ODM leader Raila Odinga, it is Ruto who has made him become a real man.

During his heydays in Jubilee Government, Duale was one of the most powerful and influential figures in the President Uhuru Kenyatta adminstration.

3. Oscar Sudi: the outspoken Kapseret MP is one person who emerged from nowhere to the centre of Rift Valley politics.

Before he was elected to Parliament in 2013, very few people knew who Oscar Sudi was. But today, he is one of the most famous politicians in the country.

It was Ruto who turned Sudi into something and there is no surprise when the lawmaker defends the DP by all means.

At just 28 years, Sang was elected as Nandi Senator. And at 32, he was a Governor.

By mentoring the young politician, Dr Ruto has made the Nandi Governor the man he is today.

5. Caleb Kositany: Seen by many as Ruto's de facto political spokesperson, the Soy MP is one of the most influential members within the DP's camp.

When he speaks, people listen. Perhaps, it is the DP who is speaking through him.

For the few years he has been in the game, Kositany has learnt the skills from his teacher very fast and is almost becoming his own man.