We Will Not Allow You To Delay 2022 Polls, Claims Millicent Omanga

By Scopeafrica (self meida writer) | 9 days

Nairobi Nominated senator Millicent Omanga has today warned Jubilee government on their plan to extended President Uhuru Kenyatta term,this was after a publication by the standard indicated that their are plans being hatched to extended the Commander In Chiefs term in office,Omanga asked Kenyans to resist such sinister motive by the government,Deputy President allies have always been accusing some individuals in government of plotting to extend President Kenyatta tenure. 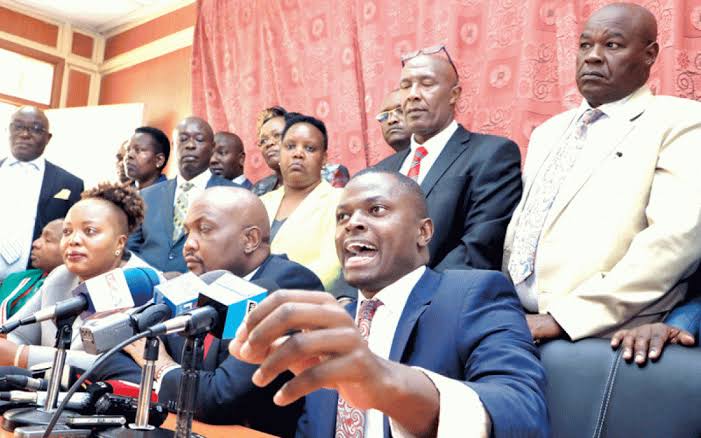 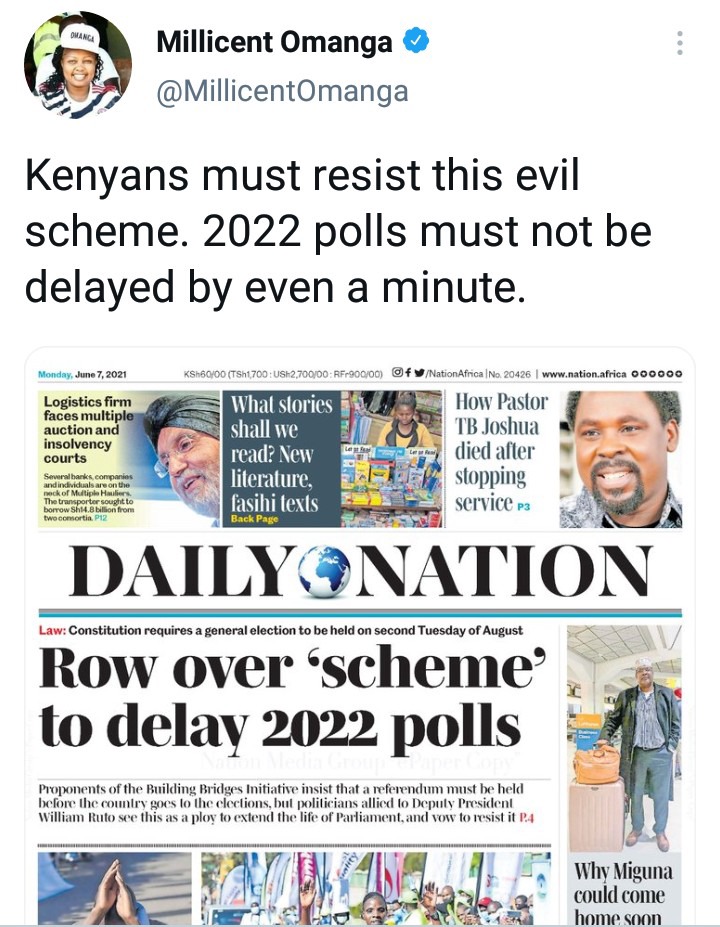 Millicent Omanga is the only vocal law maker from TangaTanga who express her frustrations on social media on how plots are being laid for an extension of President Kenyatta government,Deputy President William Ruto allies have always claimed that BBI is part of that plan to extend Uhuru Kenyatta Presidency,they claim that key figures in President Kenyatta government are pushing building bridges initiative so that elections can be postponed next year to pave way for referendum. 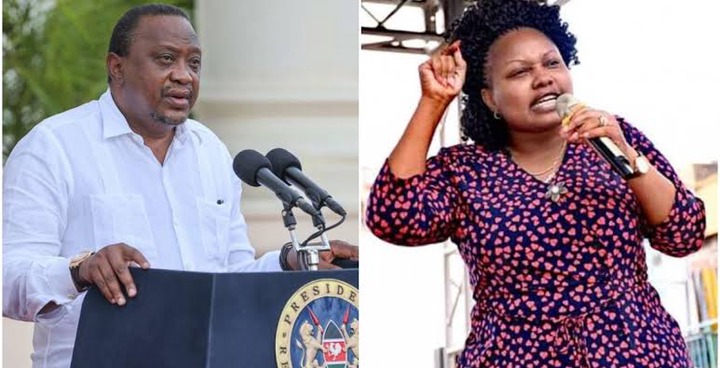