Deputy President Dr. William Samoei Ruto's promise that he will provide adequate security for both President Uhuru Kenyatta and his Handshake partner Raila Odinga has caused quite a stir online. Ruto who spoke while on a one-day tour of Migori County in which he was flanked by his host Governor Zachariah Obado tended to insinuate that he will handle the VVIP security issue more adeptly.

As always he referred to how he helped the ODM Party leader in 2007 to ascend to the premiership as well as helping Uhuru in 2013. There was the usual optics with groups of "obanda" youth marshaled by the governor to give the impression of a mammoth crowd. 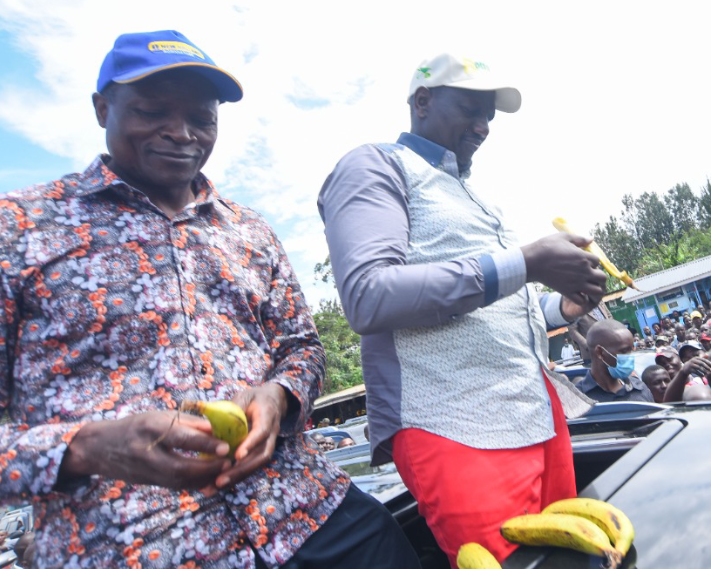 Of course, those who turned out because of curiosity numbered into hundreds. The question is whether, with the financial embezzlement cases surrounding him and the shadow of the Sharon Otieno case, Obado still has the credibility to commandeer votes in the region.

It's noteworthy that only Awendo MP Jared Opiyo who was seen in the entourage at some point hails from the vicinity. The others were the Kuria duo of Marwa Kitayama and Mathias Robi with the rest apart from Sylvanus Osoro who comes from Kisii largely seen as visitors. 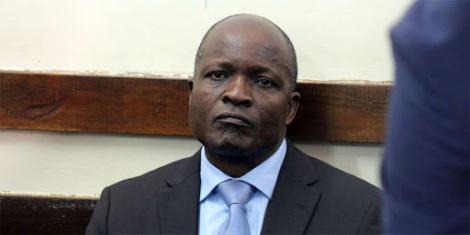 Last week the governor appeared in court together with his son to answer charges of embezzlement of KES 73.4 million from the Migori County Government.

The debate that Ruto's visit to Migori has sparked is not in the numbers who turned up to receive him (the crowds in 2013 were bigger and still they amounted to no votes), but rather on the kind of leaders gravitating towards him.

Governor Obado, once a Raila die-hard supporter is now convinced that the DP and his bottom-up approach is the solution this country needs. Obado has pending cases of massive looting of the Migori County Treasury. 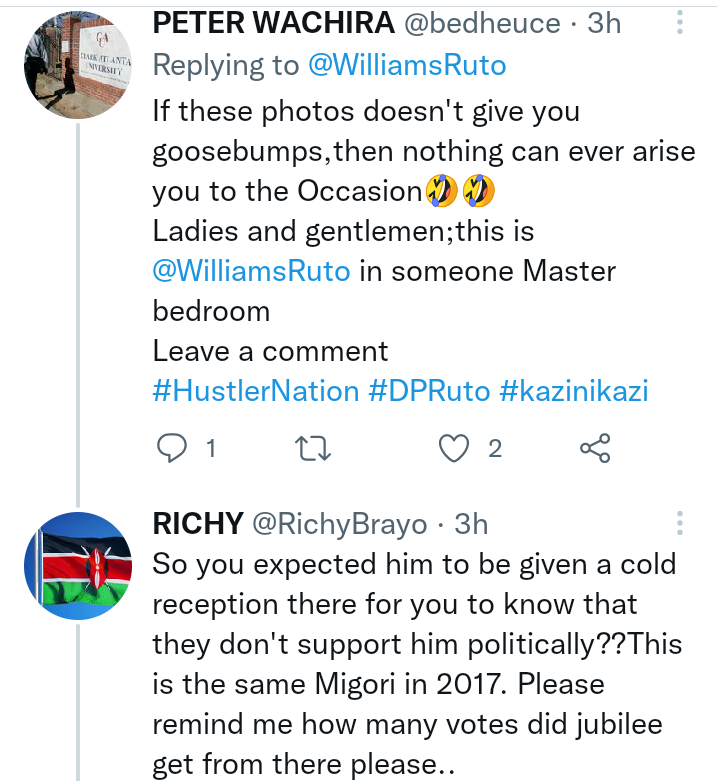 Last week in Parliament Garissa MP Adan Duale made a farce of himself as he openly blamed Raila for misleading Uhuru Kenyatta in the ongoing fuel price hike. Duale was an initiator in 2018 on the floor of the same Parliament of the 8% VAT on petroleum and petroleum products. But now that the government burst his contraband sugar importation business, Ruto suddenly has the solution to all the nation's problems.

The list is endless of people involved in multi-million criminal deals who suddenly realized that Ruto is the solution to this country's problems. John Waluke with the unresolved KES 230 million maize scandal, Mathira MP Rigathi Gachagua with KES 72 million medical equipment deals. Waluke, Gachagua, and Duale have all gravitated towards Ruto after being busted in economic crime.

The online debate is no longer bottom-up economic policy but why people involved in economic crimes find the DP a haven.