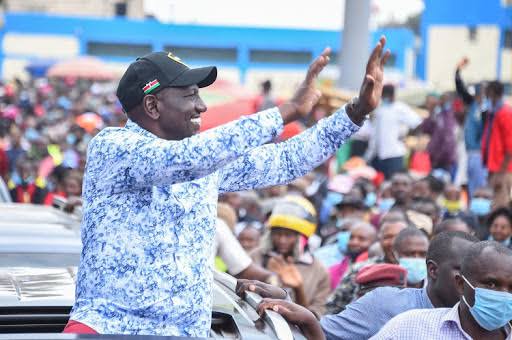 The biggest political figures in the region have been told that Deputy President William Ruto could be the biggest beneficiary of the Western Kenya vote if area leaders make a specific type of miscalculation.

The leaders in question are ANC leader Musalia Mudavadi and his Ford Kenya counterpart Moses Wetangula, who appear to be undecided about whether to run for president or support others.

Despite the fact that they have both declared their candidacy, the paper has determined that they are not the frontrunners; ODM leader Raila Odinga and Deputy President William Ruto are too far ahead.

Some analysts, such as Herman Manyora, have speculated that the two could end up rallying behind Raila, which the paper now claims will completely ruin everything for them and Raila.

According to the report, the majority of ordinary people in their neighborhood are prepared to punish them by voting for Ruto. If Wiper leader Kalonzo Musyoka endorses Raila again, the same could happen in Ukambani. 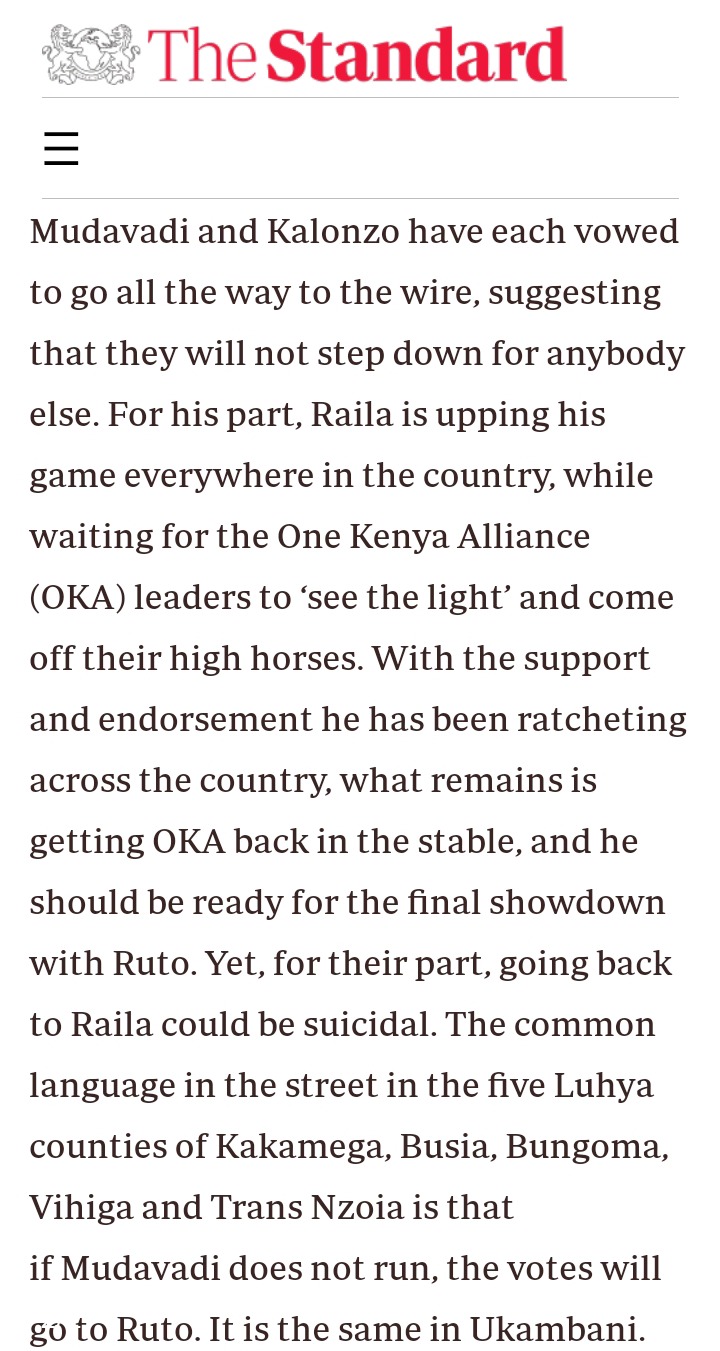 "Going back to Raila, on the other hand, could be suicidal. If Mudavadi does not run, the votes will go to Ruto, according to popular belief in the five Luhya counties of Kakamega, Busia, Bungoma, Vihiga, and Trans Nzoia. The same is true in Ukambani "According to the paper's special publication.

The paper also reports that Raila's influence and support in Western Kenya have waned as a result of his numerous presidential bids, three of which it has supported, and the losses that have followed.

Even efforts by COTU Secretary General Francis Atwoli and Kakamega governor Wycliffe Oparanya, he is told, will not help him because Ruto has already secured parts of the region.

"Despite spirited efforts by Cotu secretary general Francis Atwoli and Kakamega Governor Wycliffe Oparanya to shoo him up in Western and unhinged trials in Ukambani," the report adds.

However, Raila has stated that Western is his second home, and his strategists are now considering how to give him a majority vote even if Mudavadi and Wetangula refuse to work with him.