By OmondiBwana (self meida writer) | 14 days The country is currently mourning the death of Orie Rongo Manduli who passed away today. She is remembered for being the first Kenyan female rally driver. She was also the former chairperson of the National Council of Non-Governmental Organization. Many leaders, among them, former prime minister have send a message of condolences to the family of the deceased.

Some few years back, the departed hero prophesied about William Ruto's presidency. During the interview that was conducted in 2018 by Jeff Koinange, Orie Rongo stated that she will vote for Raila if he runs for presidency. When asked about Ruto, she stated that Deputy President will never be the president of Kenya. 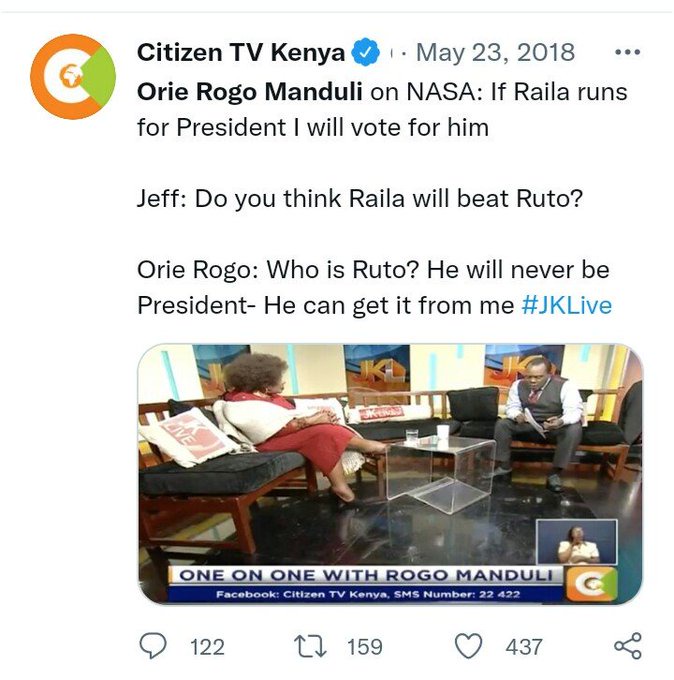 Her prophecy might come to pass following what is currently being witnessed in the country. The DP is currently having wrangles with his boss, President Kenyatta over a number of issues. The differences between the two widened some days back when Jubilee party's Secretary General delivered raw message to DP Ruto from President Kenyatta.

It is now officially clear that the President will not support his deputy, breaking the promise he made to him when the duo formed government in 2013.