"He should come out openly and support Dp Ruto. The mountain is warming for Raila" - Abuka Makori.

By The-people-daily-news.com (self meida writer) | 14 days

- Abuka Makori has commented on Hon. Kabando Wa Kabando's remark on Jubilee party and the choosing of a Running Mate for 2022 polls.

The political theorist and Africa Report, the one Abuka Makori has commented on Hon. Kabando Wa Kabando's remark on 2022 politics while speaking on a local Tv station. 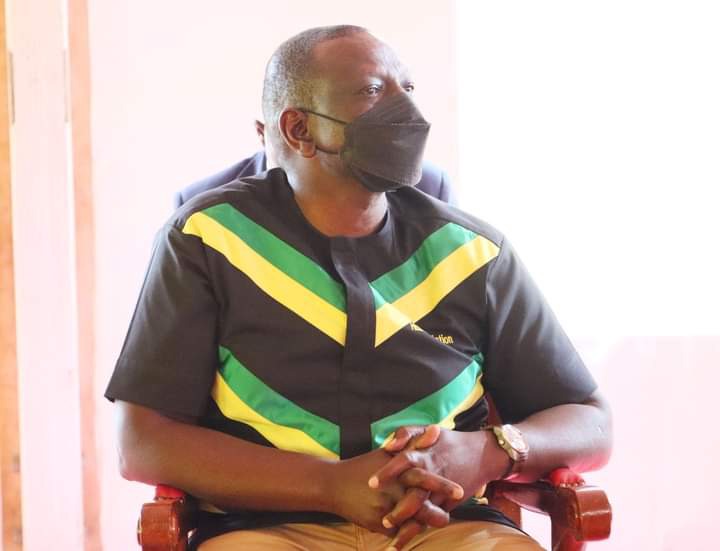 According to Hon. Kabando Wa Kabando, who is the former Mp Mukurweini, most of individuals going to Mt. Kenya and proclaim to be friends of the region, are only trying to dupe the locals in that region.

"The negotiations that are between the incumbent president & the opposition, shows lack of a competitive democracy”

Kabando pointed a finger at individuals who, he insisted, are calling the Mountain saying they are making other people to cast the Mt. Kenya locals as unfairly entitled.

"... Other communities perceive that certain areas have unfair advantage over them"

However, Makori, taking to Twitter (@abuka_makori) says the rest of Kabando's submissions were just lies and propaganda in the name of selling his candidate. "He should come out openly and support DP Ruto. There is no crime in that. The mountain is warming for Raila Odinga." 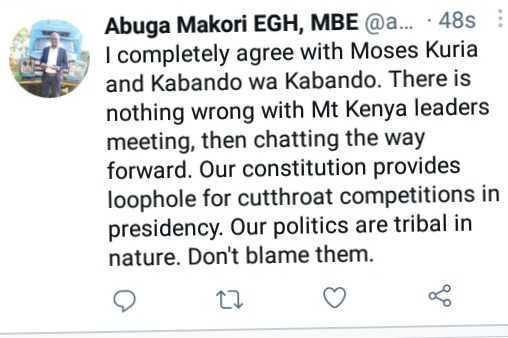