"Raila Won't Accept Defeat, "DP Ruto's Allies Claim, Reveal What They Are Planning to do in August 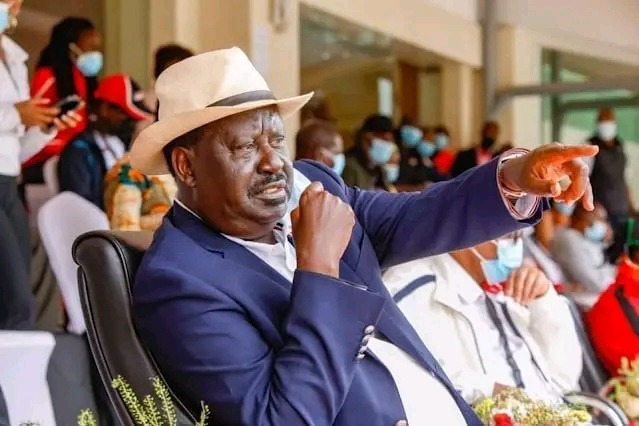 Raila Odinga, the presidential candidate for Azimio, says he will accept defeat if he loses the August 9 election.

Deputy President William Ruto of UDA poses a formidable challenge to ODM leader Raila Odinga, who is running for the presidency for the fifth and presumably final time in the general election.

"Asiyekubali kushindwa sio mshindani.I am the sportsman between us.Therefore, I will readily concede defeat and congratulate the victor," Raila said during interview in local TV station.

"I will readily accept defeat," said the man (Raila Odinga) who has never conceded defeat in a single election. As Kenya Kwanza, we are preparing for his election petition,"Shollei said.

Raila has contested the results of three presidential elections, in 2007, 2013, and 2017, claiming he defeated his opponents.

The 2007 debacle resulted in the formation of a grand coalition government with the late President Mwai Kibaki after the standoff between the two leaders degenerated into a bloody affair.

Raila was then appointed prime minister under a power-sharing agreement brokered by the late Kofi Annan, the former head of the United Nations.